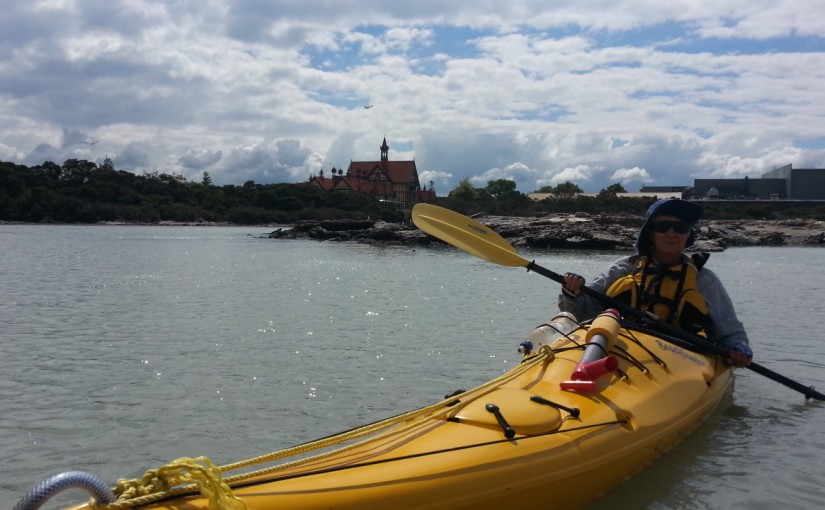 On Thursday and Friday last week Felicity was speaking at a rural doctors’ conference in Rotorua, so I thought it would be a good opportunity to have a few days away with her in the camper-van.


We loaded up the kayaks and my bike, and drove down Wednesday afternoon. So we would be close to the Events Centre, we stayed at the Rotorua Top 10 Holiday Park, which is right in the centre of town. It is quite a small site, so it seemed quiet suburban compared to the places we are used to. After dinner we enjoyed a soak in their attractively landscaped hot pools, which would have been even better if they were a degree or two hotter.

The forecast was for showers on Thursday, and sure enough it was raining when I woke up next morning. I dropped Felicity at her conference, and drove out to the Redwoods bike park. The last couple of times I have visited I have used their shuttle bus to get myself and my bike to the top of the hill, but it doesn’t run during the week so I had to do it the hard way. It took me over two hours to get to the highest point so I was quite tired before I could even begin to enjoy the long downhill runs. Because it rained steadily the whole time I only stopped for brief rests before starting to get cold and heading off again.

The first downhill trail, “Billy T”, is rated grade 4 (advanced) which is within my capabilities when it is dry and when I have plenty of energy. I discovered that when it is wet and I’m tired it can be rather tricky in places. Fortunately I only suffered a few minor injuries and mostly I enjoyed the thrills.

Then came another bit of uphill to the start of Split Enz which used up most of my remaining reserves of energy. I sensibly stopped to eat lunch which got my blood sugar balance back in order, then had a fantastic run down (there is a video of the trail here), continuing on to Pondy DH, Pondy New, then Roller Coaster.

By this time, after over four hours riding, I had really had enough, but I still had a fair way to go before getting back to my car. As I started down Old Chevy, a muscle in my leg began to hurt, so I was pretty relieved to get to the road at the end, knowing I had only a few easy kilometres to go. There aren’t any photos because it was too wet to take my phone out of its dry-bag.

I arrived back covered from head to toe in mud, so I was very grateful to use their bike wash to clean most of it off my gear. They even have a hot shower available, which was well worth the $2.00 fee.

Our second night was at Rotorua Thermal Holiday Park, which is probably my favourite camp ground in town. Their hot pools are not particularly attractive, but they are hot, and my aching muscles appreciated a long soak.

After I dropped Felicity off next morning I drove around the lake front and parked near the golf course to do a bit of bike maintenance and answer a few emails. I was planning on an cruisy ride around town, but I was just finishing lunch when I got a phone call from Felicity telling me she had done everything she needed to do and that she was taking the afternoon off. She was happy to walk around the lake to meet me, and when she arrived we decided to go for a kayak since we were parked beside a boat ramp.

This part of the lake is where most of the thermal activity is, so there were lots of steam vents and bubbling springs. The lake water never got hot, but it was noticeably warmer then elsewhere. One of the most interesting features was the changes in colour – where we launched the water was blue-green, but it changed to grey and almost milky-white at times.

When we arrived back at the ramp we were enjoying our paddle so much that we continued for a while in the other direction, around what I thought was an island until I realised it was a man-made floating reed-bed tied to the shore, designed to provide a nesting-place for birds where predators couldn’t reach them.

3 thoughts on “GP Conference in Rotorua”