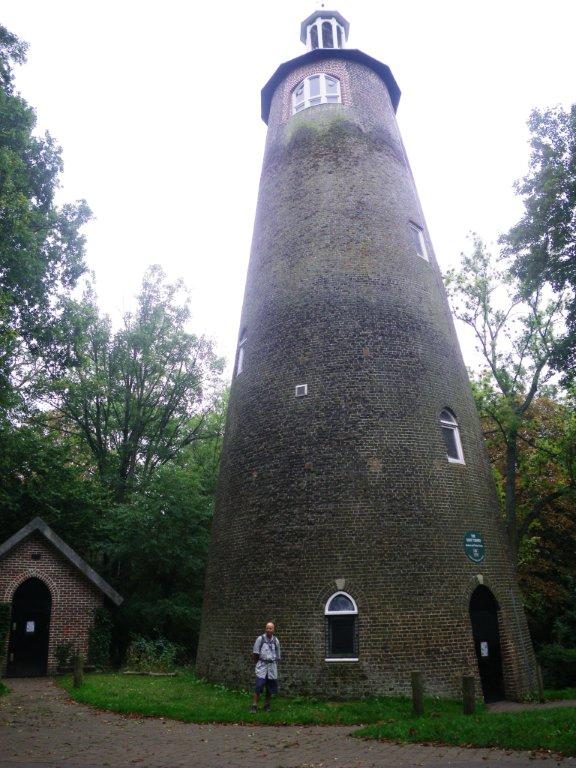 When we began the River Brent walk last Saturday, we passed a signboard pointing to another river walk in the opposite direction, which looked interesting. These two walks are both part of the London Loop. Unfortunately today we made the mistake of returning to Richmond and crossing the bridge to find the sign again, instead of starting at Twickenham station as the trail notes suggested.


This meant an extra three kilometres of walking along a busy highway, which wouldn’t have been so bad if we hadn’t almost immediately deviated from the Loop soon after the start sign. We ended up in a very flash gated community, which allows pedestrian traffic during daylight hours. The looks we got from various gardeners,  lawnmowers and other service people suggested that they don’t see a lot of hikers.

We spent the next hour or so walking up and down more busy roads looking for the trail. It was no problem locating the river; we crossed it numerous times, but it didn’t have a trail beside it as suggested on the map. Finally we found what looked like a track, and walked past a series of well cared for allotments, with lots of vegetables ready to harvest including some impressive pumpkins, until the river dived under a bridge while our track turned away in the wrong direction. We came to a high fence with a locked gate, and would have been forced to retrace our steps if a man arriving to work on his garden hadn’t turned up to unlock it at just the right moment.

More busy road walking ensued (and a bit of arguing about maps and directions), until we finally found a stream with a small muddy path leading in approximately the right direction. We knew this waterway was actually called the Duke of Northumberland’s river, but that it did branch off the Crane not far away. It is really more of a canal, and wasn’t even built by the duke, who purchased it from the Syon Abbey when he took over their property. This drains water from the Crane and was used for powering a mill. There is another section of the DON’s river further north that he did build; this takes water from the Coln river and moves it to the Crane, because his mills needed a lot of water.

The path was narrow and infested with nettles. The river was muddy, filled with rubbish, and did not smell nice, so it was a relief to arrive at a dinky little tunnel under a railway line and the junction with the Crane at Kneller Gardens. By now we had been walking almost an hour and a half, and were still less than a kilometre from Twickenham. We sat on a park bench and ate lunch, which cheered us up a bit.

Across the road from the gardens we found the beginning of Crane Park, and finally the walk became enjoyable. There was a sealed path at first, but after a while we were able to take a woodland trail beside the river, which is actually quite pretty. There were lots of waterbirds swimming around, and I particularly enjoyed seeing some Mandarin Ducks for the first time. They have a golden brown “beard” and top of head, with white around their eyes and a red beak; very colourful.

The trees are beginning to drop their leaves, so a lot of the time we were walking over a crunchy brown carpet. After an hour or so, we came to a stone tower that was once used for making lead shot (for shot-guns). They poured molten lead through a copper sieve at the top of the tower and let it fall into a tub of water at the bottom, where it turned into round pellets. Outside the tower were two big mill wheels, which used to be part of Europe’s largest gunpowder factory, known as the Hownslow Gunpowder Mills. These were started in the reign of Henry VIII and only closed in 1927. There were lots of huge explosions recorded, so I guess the city is now too close for safety.

We crossed a mill race next to the tower, and explored the remains of the old factory which is now an island nature-reserve. Mostly we saw bush and trees, with the occasional swampy pool, but every now and then we spotted a brick wall or concrete platform that betrayed the area’s industrial history.

Back on the mainland, we found a small herd of deer that looked so malnourished that Felicity decided to feed one some grass. There is some nice artwork in this park; many of the wooden benches had animals carved into them.

The park ended at Hanworth road, and the track beside the river on the other side looked a bit dodgy, so we decided to end our trip prematurely. The trip notes for the London Loop suggest walking down the road and across Hownslow Heath further to the north, so this was probably a sensible move.

We continued on through Hownslow to the station, where we were very confused to discover two trains heading to Richmond and then Waterloo on different platforms, travelling in opposite directions! Investigation later at home reveals that Hownslow is on a loop line. Anyway, we jumped on one of them at random, and it took us where we wanted to go, so all was well.