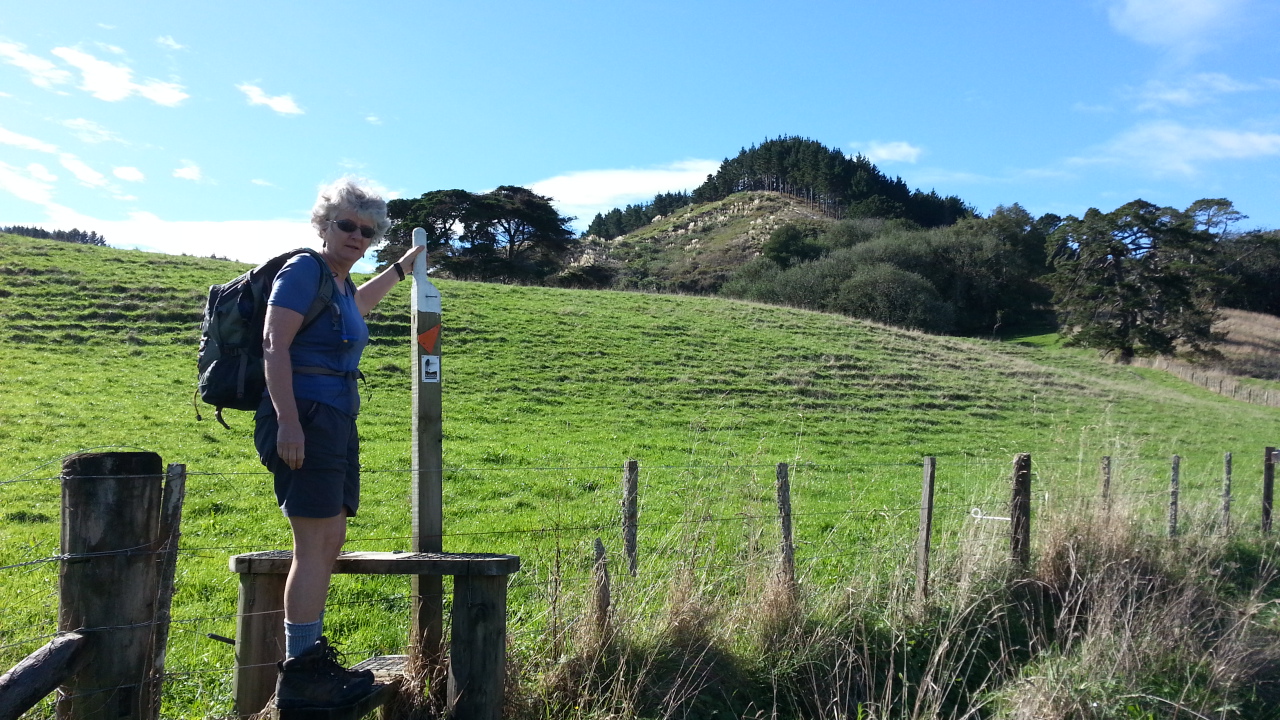 Kimpton’s career as a road surveyor was presumably not a successful one.


What is marked on Google maps and on the Auckland Council map as Kimptons Road is in reality a line of orange markers on fence-lines going straight up a incredibly steep ridge. There is a real road nearby on private property, but the paper road heads straight into the hills behind the Clevedon Scenic Reserve, where we explored a couple of weeks ago.

This section of the Te Araroa Trail would have to qualify as the worst constructed and maintained piece of the track in the Auckland region. I would not like to have been carrying a heavy pack up or down the steep, slippery clay ridge. It would be fine in the dry, but in extremely wet conditions it would be pretty treacherous.

We were very pleased that someone has been through recently and cut back a lot of the gorse that the track passes through. The views to the east across the Firth of Thames were spectacular, and well worth the effort of getting there.

The trail eventually enters the beautiful, mature native bush of the Clevedon Reserve. After about half an hour, we came to the track junction where we had passed on our last visit.

The Te Araroa signage here that you see in my photo is very odd. Hidden behind a tree for anyone actually following the trail, I can see how we missed seeing it when following the Clevedon Reserve loop track in a clockwise direction. You only see if you leave the trail and happen to glance back.

Travelling south on Te Araroa wouldn’t be a problem, because both ways along the loop lead to the same place. If you missed the un-signed turnoff you would be rather annoyed to arrive back at the start of the loop.

We turned right, and walked the last hundred metres to the lookout.

In contrast to our last visit, the sky was blue, so instead of huddling underneath the platform we sat in the sunshine at the table to eat our roast pork sandwiches and Xmas cake. Much nicer food than last time too.

On the way back we came to the place where the track crosses the actual private road. We decided to avoid the last section of slippery steep grass ridge, and hiked down the road comfortably, like I expect most people who do this as a day-walk would choose to do.