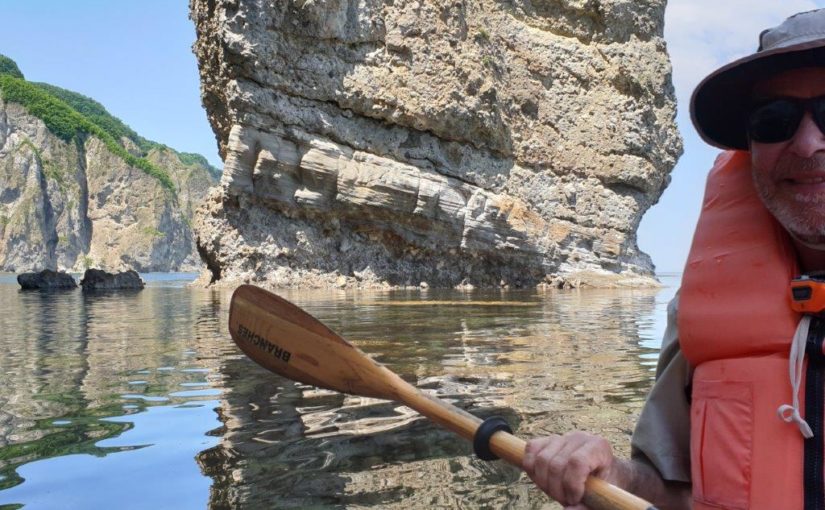 Felicity was invited to give a talk and run a workshop in Sapporo, so we stayed a night in Osaka before flying north to Hokkaido.

We spent the afternoon near the station in Tamba, walking though a 9-level “vertical park” which I thought an interesting way of providing some green spaces for the citizens of the surrounding high-rises. We also explored some of the city’s shopping arcades before catching the limousine bus out to the airport where our hotel was sited a convenient 5 mins from the departure hall.

Our flight only took a couple of hours, so we had time after lunch to go walking on the lower slopes of Mt Teine, where they held the 1972 Winter Olympics.

The next day I went for a long ride on our host’s bike while Felicity taught his student doctors. Mostly I was able to ride on paths alongside a big river, so it was quite pleasant.

We spent the next three days in the small fishing town of Yoichi, where we had yet another experience of Japan outside of the big cities. The town is relatively poor – $10,000 will buy a house, possibly even a reasonably good one.

There were many highlights:

On one of our walks around the coast, we met Sue and John, an Australian couple cycling around Japan. We got a brief mention on Sue’s blog: https://sueuonholidays2019.travel.blog

Our last day in Japan was spent getting two trains to Sapporo, flying to Tokyo and connecting with our Air New Zealand flight to Auckland. I got upgraded to premium economy, which meant a huge, comfortable seat, so I even got to sleep part of the night.

Nek minnit, it’s winter in Auckland, and the sun rises at 7.00am instead of 4.00am. Back to reality.

2 thoughts on “Yoichi in Hokkaido”