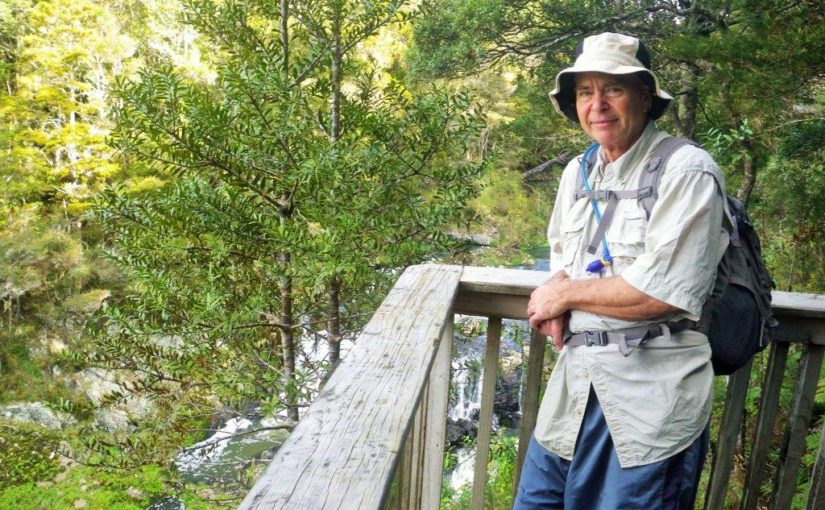 The Department Of Conservation is currently re-building the Okura Walkway, and intend to use 30 metres of a product called Geoweb to hold a mixture of bark and gravel in place. A local group I belong to called Friends of Okura Bush is concerned that kauri and kahikatea roots will penetrate this plastic mesh, and will then be damaged by heavy foot traffic on this popular track.

We have previously seen a small section of Geoweb on the Keri Keri walkway, but when I was told that there has been quite a bit used on the Taheke Waterfall Track just north of Whangarei I decided to check it out.


Google Maps doesn’t know about this track, or the falls, despite the fact that they are the highest in Northland. There is a little squiggle of blue river on the far right of the map below which Google reckons is the Waitangi River, but the topo map on the DOC website names it as a tributary called the Taheke River.

This is also the first time we have headed away with our kayaks on their flash new roof racks. It took me a little bit of time to figure out how to load them this morning, but I can see that when I have practised a bit it will be a lot easier than climbing on the roof of the old van.

The Taheke Falls are quite impressive, but the light didn’t allow us to get a photo of the complete drop. There is a short track to a viewing platform, then a 3 km loop track up into the bush and back. The forest has had all the big kauri chopped down many years ago, but there are quite a few medium sized specimens left, as well as tarairi, pururi and totara, with an understory of nikau and punga.

The Geoweb does quite a good job of holding the track in place, but it doesn’t look very natural once the surface gravel wears down a bit. The edges are neat when they are finished with wooden boxing, but when they are not the plastic is a bit unsightly, even though the builders have tried to hide it with branches and fern fronds. There are only a few places where the track crosses the drip zone of kauri, unlike the Okura Walkway where long sections are directly beside mature trees.

I guess the question of roots growing into the Geoweb and ending up on the track surface where they will be damaged can only be answered by digging up a track that has been there for a few years. The worry is that if this does happen the plastic mesh will be permanently embedded in the roots.

It was late afternoon by the time we got back to the motorhome, so we decided to head out to the Whananaki campground which is right on the edge of the estuary. The high tide is at 9.00am tomorrow, so we plan to head off in the kayaks straight after breakfast.

We’ve just watched a spectacular red sunset behind the hills across the water while we drank our evening coffee. Hopefully that means we are in for some fine spring weather tomorrow.