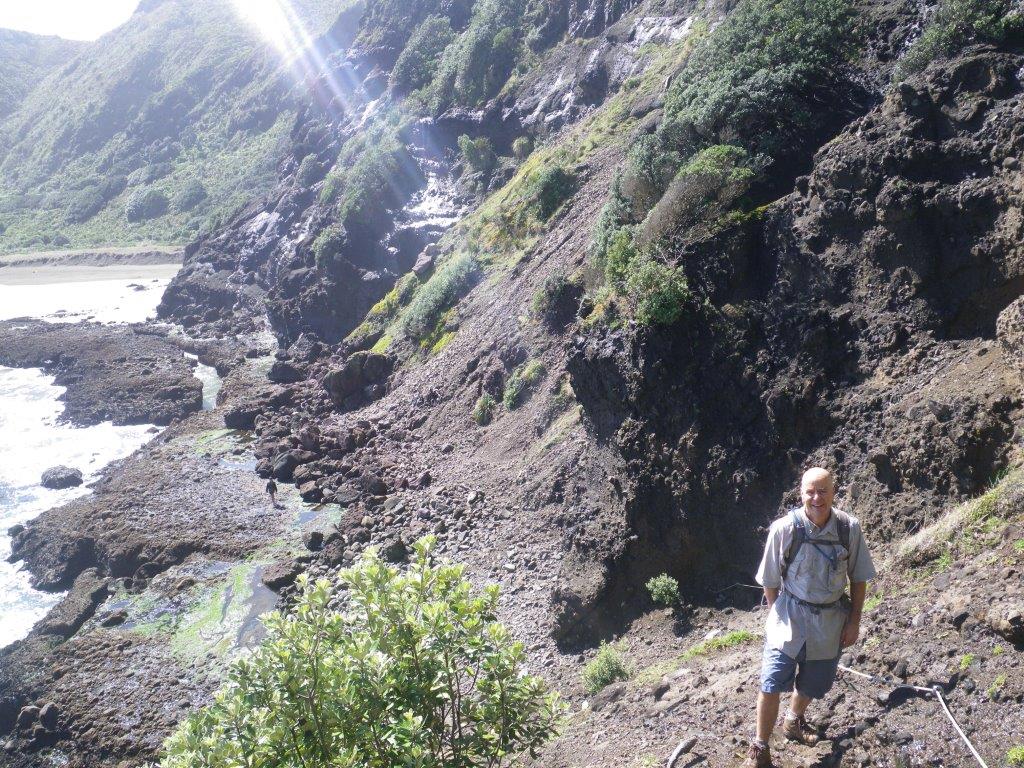 Only a week into spring, yesterday’s blue sky and warm sun made us think summer is just around the corner. We packed our lunch,  pulled on our boots and headed out to north Piha to walk up the coast.

The water in the Marawhara stream was a little bit high, so it was challenging to cross without getting wet feet, but we both managed. The steps up the hill have not had much maintenance, and were fairly muddy, but that is normal for Waitakere tracks.

In less than an hour we reached the private driveway leading out onto Anawhata road. Almost immediately, we headed down another steep concrete driveway to a bunch of houses on the cliff above Whites beach. From there, a trail led down onto the sand.

We crossed the small stream at the north end of the beach, and found the trail leading up to Fishermans Rock point, from where we could see Paikea bay and Anawhata beach in the distance.

A local woman we talked to told us that it is possible to continue up the coast, but only an hour or so either side of low tide, so this will be a trip for another day. Whites beach had a few other groups enjoying the sun, but we just walked to the south end where a rope fastened to the rocks makes it possible to climb up to Te Waha point.

There is an attractive stone seat built out at the end, so we sat there to eat our lunch, while admiring the spectacular views. From there a benched track led us back down to Kohunui bay at the north end of Piha.

One thought on “Whites Beach”