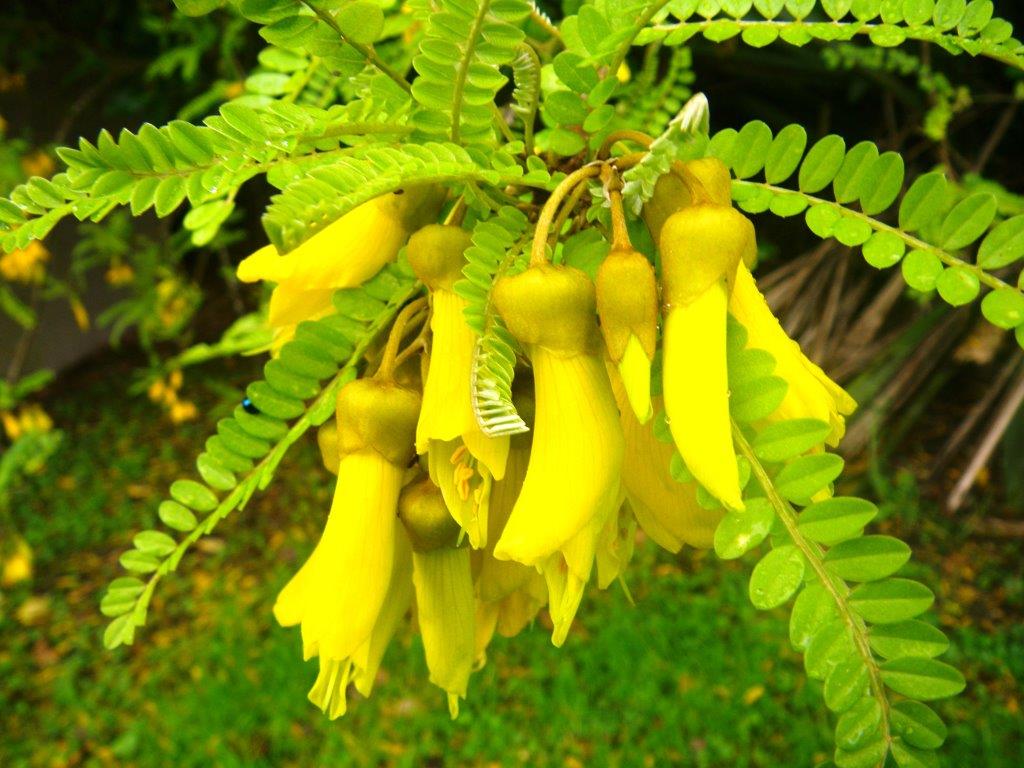 The Fairhaven Walk along the Weiti river would be better described as a “bush bash”, so it probably wasn’t the best choice of adventures on a damp morning.

A check of the rain radar after breakfast convinced us that we had a two or three hours of fine weather ahead of us, so we drove up to Whangaparoa and parked near the end of Wade River Rd. I have noticed the Fairhaven Walk marked on several maps, and my fantasy was that we would be strolling along a mettled track beside the river.

The first hint that I was about to be disappointed was when a couple of runners who had passed us while we locked the car turned around and headed back the way we had come. Our first look at the narrow, muddy trail made it clear why, but we were committed by now and set off down it. I had noticed some very healthy Pururi trees, and some orange tape tied in a bush revealed that some pest control in the area is being undertaken by the local Forest and Bird group.

We pushed past gorse and wild ginger, slithered up and down muddy banks, and crossed a stream on a decidedly non-OSH approved bridge. We poked our noses into a rather derelict boat shed, empty apart from a couple of car seats and a bag of empty beer bottles. I was a bit doubtful about the floor’s ability to support the two of us above the high tide, but we made it back to dry land safely.

A set of steps led up the hill, so we followed them up to a house where the track turned into a narrow drive, too small for a car. When it came out onto the road we met a couple of young builders who were having a rest from carrying timber down the steep slope. We asked them if it was a public access and they said they thought it was, but that it was disputed by the property owner. We went back down and continued along the river.

The path didn’t get any better – if there has been any track maintenance it was many decades ago. Eventually we came to a substantial concrete jetty with a couple fishing off it. They had a nice haul of kahawai for their dinner. They told us that the properties along here originally had access only from the river, which explains the jetty in the middle of nowhere.

At home, I did a bit of research and found that the subdivision dates back to 1927, but that the then Rodney District Council would not issue building permits without road access. In 1980 the property owners formed an association, and negotiated with the council to build a road across reserve land up the hill, as the route along the river was not practical. The initial estimate was that the road would cost around $400k – $500k, but by the time it was finished in 2006, delays and engineering difficulties had pushed the cost to $2.3 million. The council quite rightly refused to impose this cost on other ratepayers, so each property now has to pay $10,450 per year for 25 years.

We could have continued on a bit further, but the sky was starting to turn dark with clouds so we wisely decided to turn back. We had time to stop and admire some beautiful golden Kowhai flowers, and to take a couple of photos on the wharf. The green paddocks in the background behind Felicity (last photo) are the northern end of Long Bay park.

We got back to the car just in the nick of time, because the rain started bucketing down, and we drove home with the lights on and the wipers on full-speed.