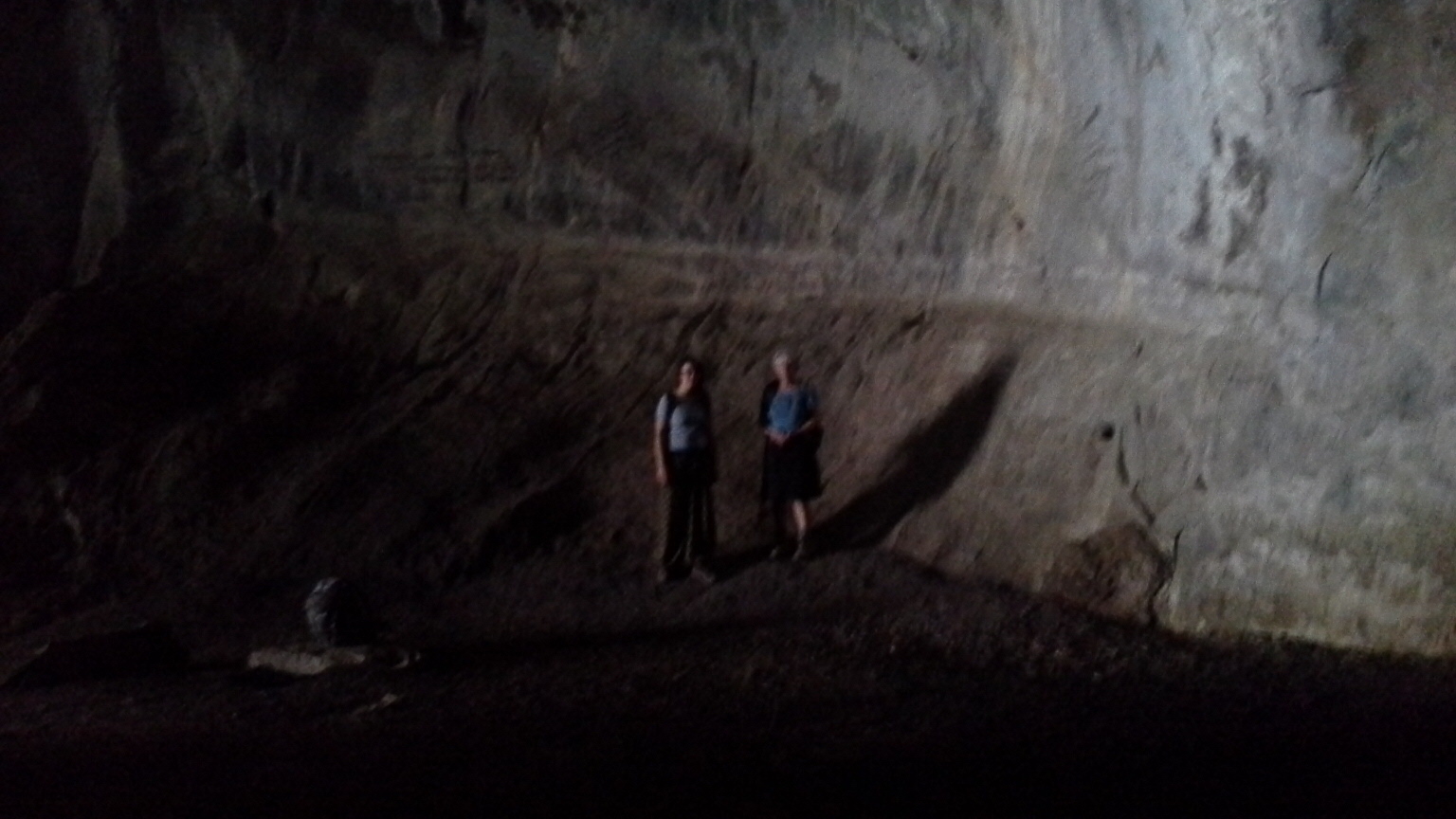 After a leisurely breakfast yesterday, we walked about three km north of town to visit a cave high up on a cliff.

Until recently access would have been up a series of hairy bamboo ladders, but now there is a steep concrete stairway. It looked like the builders had designed it as they went, because while the bottom flights were relatively normal, the steps got progressively higher and narrower until there was barely enough to stand on.

During the American bombing, the provincial government was based inside, and we could see the remains of bamboo walls and furniture. With a narrow valley outside they would have been reasonably safe, but farmers had to work at night to grow rice and vegetables to survive.

Back in the town, we talked to a retired Swiss man who is in a business partnership with one of the restaurants. He told us that tourism has dropped dramatically since the economic crisis in Europe,  and is 30% down since last year.

We spent a couple of hours reading our books on the deck of our bungalow overlooking the river, then Judith and I hired mountain bikes and rode for a couple of hours down a dusty but traffic-free road alongside the river. It seemed very strange riding with no helmet, gloves or padded pants, but we both enjoyed ourselves.