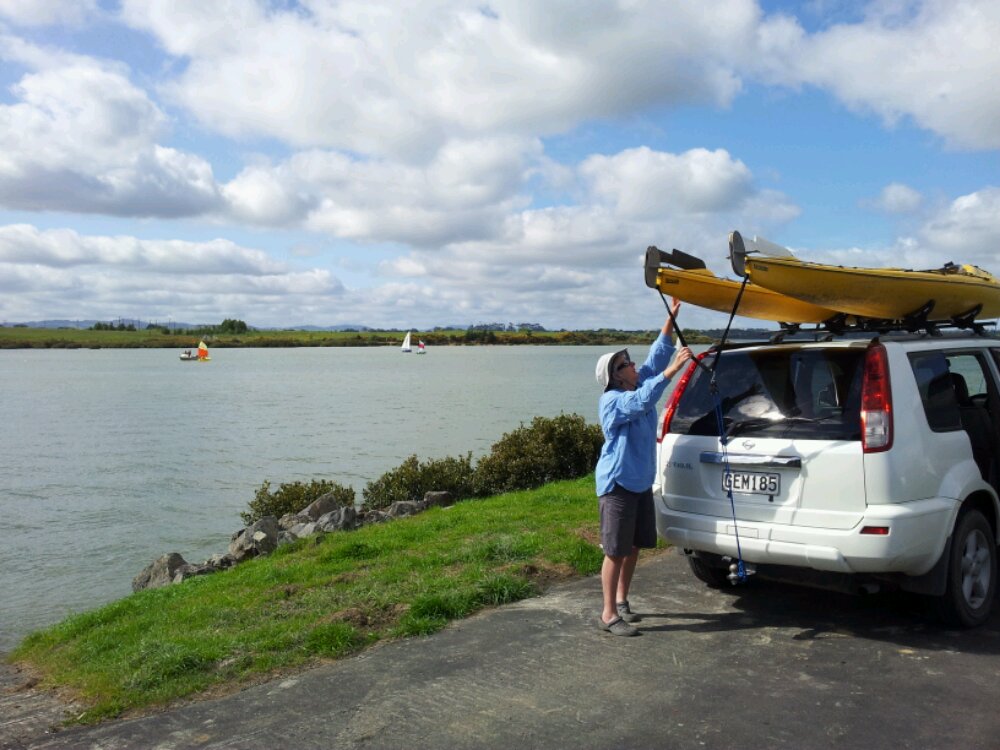 When Felicity and I saw the blue sky and sunshine this morning, we both felt like going for a paddle. The east coast tides were still wrong, but the Manukau was full at 11.20, which was perfect.

We launched at Weymouth, which is not, as you might suppose, the mouth of the Wey river. Instead, it is at the end of Waimahia Creek, so that’s where we headed.

The coast is mostly mangroves, with some fairly flash houses behind at first, but after a while we knew we were passing the CYFS secure residential facility. Somewhere behind Felicity in the photo, there must be a big fence!

After that the mangroves closed in more and more, and we only just made it to the waterfall under the bridge at Mahia Rd. A shopping trundler, under the surface of the water in my photo, would be the main feature of the composition at any other tide.

We followed the mangroves around the coast, and up a little way towards Wattle Farm, and eventually stopped to eat lunch on some rocks on the shore up a short channel. It was very pleasant in the sun, but sadly there was no view.

By this time, the tide was dropping noticeably, so we headed back across to the ramp, and home.