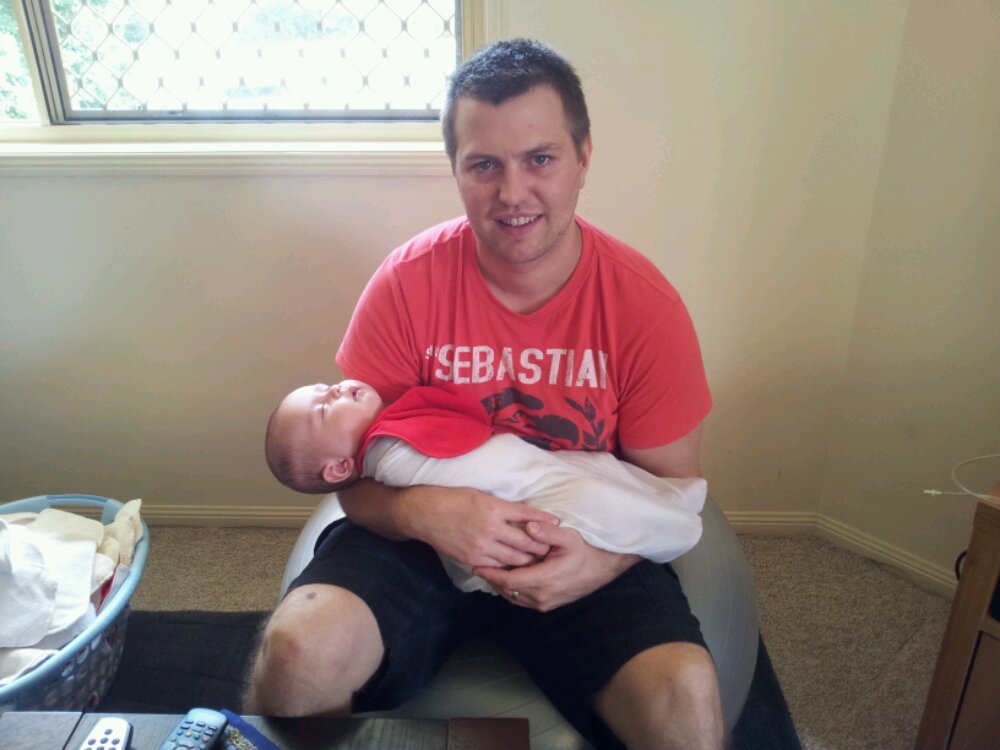 Yesterday we packed up and headed north to the Sunshine Coast, stopping at Brisbane airport on the way to pick up no.1 son James. We had a much longer wait than we expected, because he should have applied for a visa in NZ before he came, which he neglected to do. The immigration official came and talked to us and they finally agreed to give a rare border visa on compassionate grounds, after we explained that he had come to attend a big family reunion in the weekend.

By the time we arrived at the apartment Felicity had organised in Noosaville we were starving, but luckily  we had stopped at a Coles supermarket for supplies, so we enjoyed a late lunch and settled in.

I was keen on some action after sitting in the car all morning, so I convinced the others to jog the 5km down to Noosa Heads for a swim. The waves were pretty small, but I managed to body surf in a few times. Felicity, Judith and James had had enough running by then, so they headed back home, but I could see the path leading to Noosa Heads National Park; my favourite place in the whole of Oz, and I couldn’t resist.

There were lots of other runners on the trail, so I was inspired to run quite a bit faster than my usual leisurely pace. Before I knew it I was out at Hell’s Gate on the point, and the spectacular sunset happening behind me warned it was time to turn back. By this time the endorphins had kicked in, so I raced back at high speed to the park entrance.

It was getting dark by this time, but I knew the streets would be lit so I wasn’t worried. Everything looked a bit different in the twilight however, and I made a couple of unplanned detours before I found the way  home, where dinner was nearly ready.

Our apartment overlooks the Noosa river, and the gum trees in front are the home of about a million rainbow lorikeets, and another million or so cockatoos, all of which make a continuous racket all the time they are awake. Which due to the street lights was most of the night, so it was not exactly what you might consider peaceful. Every now and then something will startle them, and a couple of hundred launch into the air in a flock and  whirl around anxiously for a minute or so before settling down again.

This morning we had a quick swim in our pool, then drove over to Sunshine Beach to see Tomas, Courtenay and 4 month old Eli. He is a lovely and contented baby, despite having just received a vaccination shot.

After a late lunch we drove to the Tewantin National Park and climbed Mt Tinbeerwah for a spectacular 360 degree view of the area. Next we walked another short track to see a palm grove.

While dinner was cooking, Felicity, James and I ran alongside the Noosa river to Tewantin and back, so we appreciated Judith’s apple crumble after our roast chicken.

One thought on “Meeting grandson Eli”