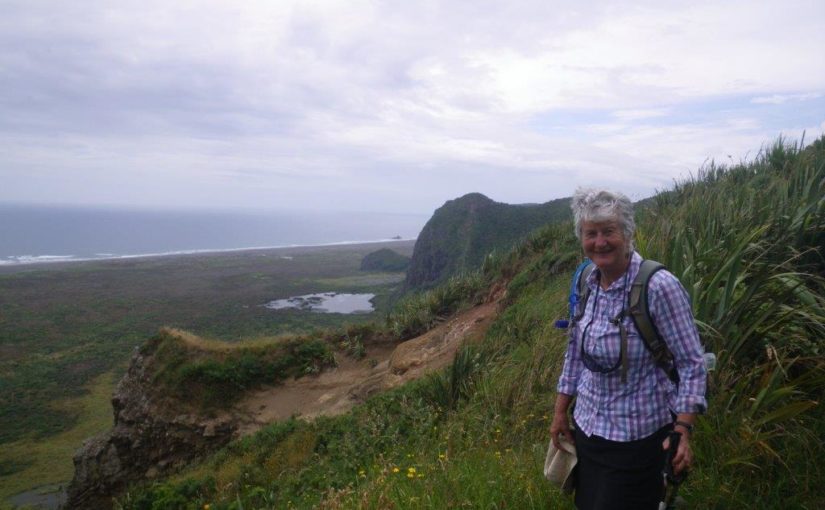 This weekend we’ve been out on the West Coast again. Early on Saturday afternoon, we launched the kayaks at Cornwallis Wharf and paddled north along the cost towards Laingholm.


Sadly, the wind caused just enough waves to make it relatively hard going, so we turned back at the end of Symonds Bay, and didn’t explore up the Parau Creek. Because rough seas require both hands on the paddle, there are no photos of this trip.

When we got back to the motorhome the carpark was packed with hundreds of picnickers, and I had to move our vehicle into the path to the boat ramp so that we could load the kayaks back on the roof without standing in some Pacific Island women’s picnic. I also discovered that the guy who had parked his boat trailer badly next to us has hit the corner of our vehicle and broken a tailight.

As we drove out the narrow, metal road to Whatipu I discovered that ours must be the highest vehicle that had been through that way for a while. There is still quite a bit of pruned greenery sitting on the roof that got collected by the kayaks. At one point we even brushed one of the power lines that crosses the road at various points!

At Whatipu Lodge, we found a nice spot to park up on a high ledge at the back, where we could see over the other campers to the beach in the distance, and even a few glimpses of the Tasman Sea.

Today we walked north along the beach to the Pararaha Valley. On our last trip, we tried to follow the line of the old tramway through the sandhills, and got most of the way to Pararaha before discovering that a deep swamp barred our way. This time we walked out on the beach until we came to the stream flowing out of the valley, but even then we had to carry on for another kilometre or so before we found a sign pointing the way to the trail through the bog.

After the wide open spaces of the sandy beach, it was nice change to walk through bush to the camp site, where we had a welcome dip in the stream and lunch at Les Ward Shelter. It was different from the hexagonal shelter I remember from our last trip, it looks like someone must have burned it down since this photo was taken in 20011.

From the hut we climbed up the steep Muir Track, named after a couple who farmed the valley up till the 1950s. As it is part of the Hillary Trail. it is in pretty good condition, with lots of new stairs and metal.

At the top of the cliffs, we turned south onto Gibbons Track, which is an old logging road heading back towards Whatipu. It was easy to stride along and we made good time apart from a couple of stops to enjoy the extensive views.

When we arrived back at the motorhome, we dumped our bags and headed straight for the swimming hole in the creek which was very refreshing. After a coffee, we packed up and left for home. Just as we reached civilization (Titirangi), the fine weather came to an end, and it rained on and off all the way back to Albany.