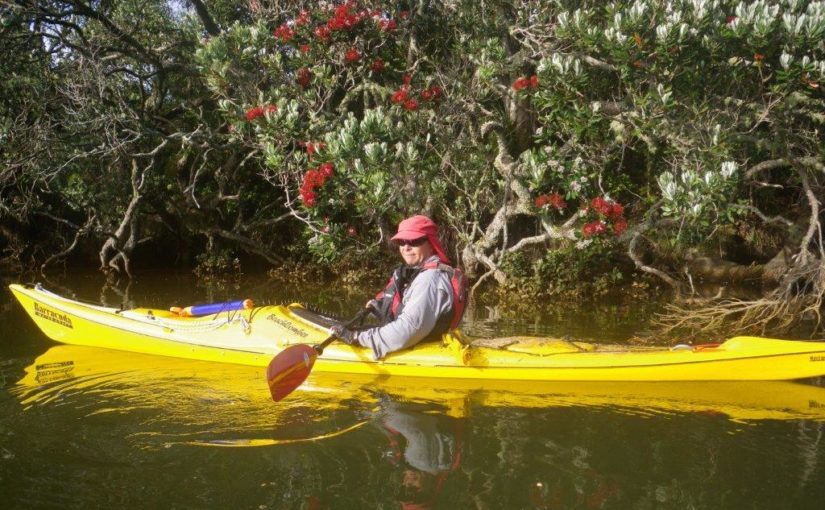 Part of Felicity’s job is to recruit and encourage doctors to help train medical students by giving them real world experience. We’ve spent the last week touring around Coromandel in the motorhome visiting many of the region’s general practitioners.

Despite being on the road by 2.00pm we had a slow trip down the motorway out of Auckland, but things speeded up once we turned on to Highway 2 across the Hauraki Plains. Felicity was keen to try the beachfront spot south of Kaiaua so we parked up there and went for a long walk up the beach in the evening sun.

Her first appointment was in Ngatea next morning, so while she did her thing I wandered around the riverfront, admiring the scale model of the lifting bridge that used to span the Piako. Ngatea was once an important stop on the main road to Tauranga and the administrative hub of the Hauraki Plains. The place was once known as “Orchard”, because of fruit trees growing around a Maori camp by the river.

We had both heard that the Kauranga Valley road had been blocked for ages, but it turned out the bottom campground near the visitors centre is still in action. We found a great spot overlooking the river, then hiked upstream for half an hour or so for a swim in Hoffman’s Pool. I climbed about 3 metres up the rock to jump off and noticed that 3 metres looks waaaaay higher when you’re looking down to the water far below. There were people watching me expectantly however, so I quickly threw myself off before I had a chance to chicken out.

The local council has opened a few new sites for self-contained vehicles, and one of them is Opoutere Beach, just inside the entrance to Wharekawa Harbour. In the afternoon we walked through the pine forest to the ocean beach, then along the sand and around the northern headland. Straight after breakfast next morning we launched the kayaks, and paddled for a couple of kilometres up a creek behind the sand dunes. The photos were taken once we were back in the harbour.

At Pauanui there is another one of the new freedom camping spots, so we parked there looking out over the beach. We hiked for several hours up to the Pauanui Summit, where we ate lunch and admired the view before descending down the southern side of the hill to Cave Bay and returning around the coast.

A woman who we met at the summit suggested we check out the beach at Pokohino, and that there was a cave through the headland leading to the next cove. Next day we drove down a rough forestry road then hiked down a track to the isolated beach far below. The weather wasn’t conducive to swimming, but I enjoyed going through the cave.

Over the hill is the small settlement of Onemana. We parked in a scenic spot and ate lunch, then walked up the beach to the north. On the way back, Felicity found a hundreds of tuatua at the edge of the sea, washed out of their bed by the waves. We collected several dozen each, carried them back wrapped in Felicity’s shirt, and enjoyed delicious fritters for dinner.

In Whangamata we visited a friend, then drove to the beachfront sites to find that they were all taken. The Campermate app showed us that the DOC Wentworth Valley camp back in the hills might be a good alternative and indeed it was. We found another spot right on the edge of the river, where we could hear the babbling water from our beds all night.

The doctor in Coromandel lives right on the edge of the harbour south of town, and he invited us to park for the night on the shore next to his jetty. There was the odd thunderstorm about so we wouldn’t have gone kayaking even if the tide had been in. Instead we walked the Kauri Block Walk and back around Long Bay Rd to the fishing wharf.

The tide came in enough for us to jump naked into the seawater just before dusk. We’ve been enjoying our hot freshwater shower outside the back of the motorhome. Not long after we had retired indoors, we realized that there was an amazing sunset going on, so I sent Felicity outside to document it for your enjoyment.

Since high tide was due right after breakfast, it seemed silly not to put the boats in the water and explore Coromandel Harbour. Unfortunately the wind started to come up soon after we left, so we decided to turn back soon after getting around Preece’s Point. There was a bit of a swell coming in from the open sea which was hitting us side on, so I am glad we did not stray too far from home. Unfortunately, due to a technical malfunction with the camera, the only photo of this this trip is the one off my phone.

For our final night we chose to park in McDonalds Bay, just north of Colville, where Felicity was doing her final call. We walked a few kilometres along the rocky coastline and back along the road before dinner. The sea was quite rough by this time, so the thoughts of kayaking vanished from our minds. I did manage a brief swim before my shower, but it was a bit painful getting down the rocky beach in my bare feet. The sea is amazingly warm though – it’s usually not like this until February / March.

One thought on “A visit to the doctors in Coromandel”