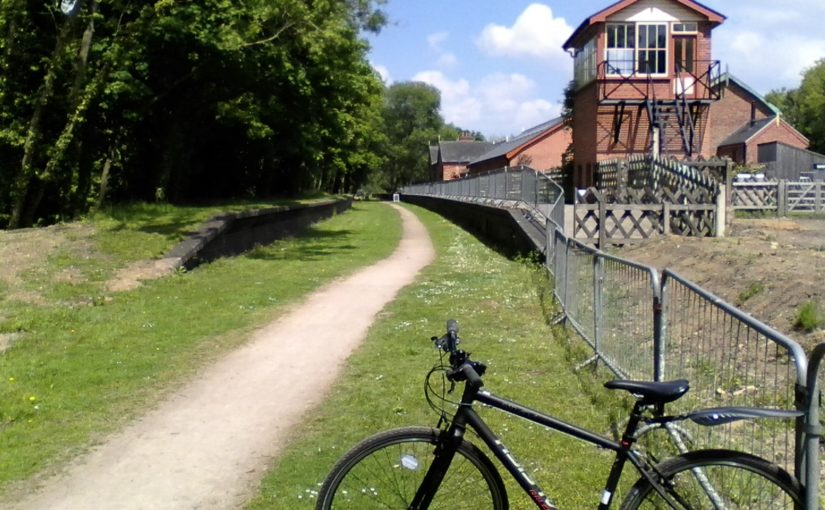 On our first full day in Norwich, Felicity went in to the university to begin work, so I took the opportunity to go for a bike ride. I ended up travelling over 65 kilometers, probably the longest ride I have ever done.


Our day in London was mostly spent getting Felicity’s suitcase fixed. The repair shop was very obliging, and told us they would do it while we waited for ‎£24 (NZ$44). Even though we figured the part probably only cost them a few dollars we felt that we had little choice because it wasn’t working well with only three wheels.

We left the suitcase at the shop while we ate a delicious Palestinian lunch at ShakeShuka, followed by a walk around nearby Regent’s Park. We both enjoyed catching up with my nephew Ben and his family, and their hospitality for two nights was greatly appreciated.

Norwich is an interesting town, and I look forward to exploring it over the next few weeks. The Romans had a settlement nearby, but the modern city was founded by Anglo-Saxons between the 5th and 7th centuries. It had become a thriving trading centre when it was invaded by the Viking chief Swein Forkbeard in 1004 AD. By the end of the 11th Century it was the largest city in England after London.

About 10% of the defensive wall is still visible in dozens of spots around the place. The wall was begun in 1294, but not finished until a Richard Spynk contributed significant funding fifty years later. It was intended to keep out invading French, but its most useful function was to make it easy to collect tax on goods entering the city.

I arrived at the bike hire shop about 9.50, and had to wait impatiently for them to open at 10.00. I had already spotted Marriott’s Way on Google Maps, and the guy at the shop confirmed it was the best ride out of Norwich. It runs along the line of a couple of old railway tracks that were closed in the 1980s, so it is mostly pretty flat by NZ standards.

All along the way the bridges are mostly intact, and while some of the stations are only visible as low platforms covered in weeds, several of them have been restored as cafes catering to people using on the trail.

In one area I noticed large piles of clay seemed to have been dumped at the side of the trail, and I enjoyed riding up and over them as a change from the flat, straight trail. I later saw a notice warning that the trail had been damaged by badgers, and that I should take care of the uneven surface.

By the time I arrived at the end of the trail in Aylsham after riding 45 km, I was starting to feel knackered, so when I saw a sign saying that Norwich was 11 miles (18 km) away by road I decided that I would take the short way home along the A140. Quite a lot of the way I was able to ride on paths and lanes along the side of the highway, but some sections I had to tangle with traffic. Fortunately British drivers are mostly tolerant of cyclists.

I had just enough energy left to have a shower, eat dinner and wash the dishes, but not enough to write this, hence the delay.