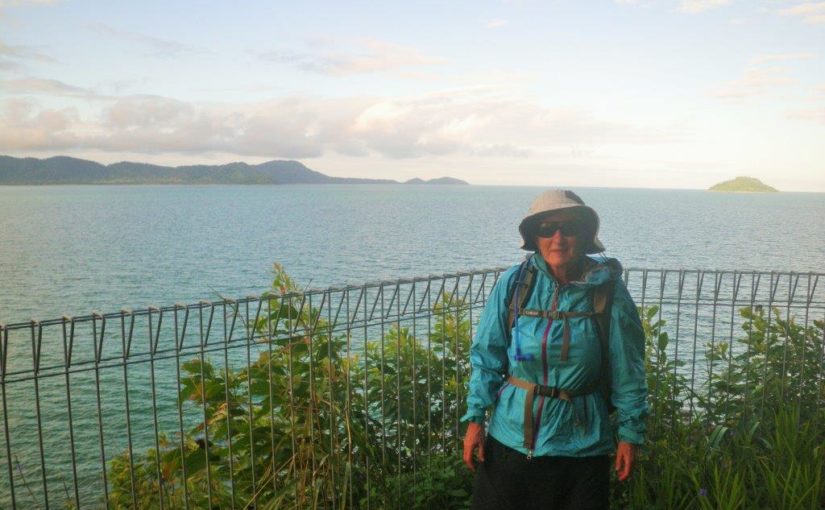 The backpackers we are staying at is actually at Wongaling Beach, which is in between Mission Beach and South Mission Beach. Even though we were up bright and early this morning, it ended up being a bit of a rush to get to the Clump Point boat ramp, where a ridged-hull inflatable boat operated by Reefexpress was waiting to take us on another snorkelling expedition.


It took about 45 minutes to get out to Ellison Reef, and it was quite a different journey in a small open boat compared to the big launches we have been on. Fortunately the sea was fairly calm, because RIBs plane over the top of waves instead of cutting through them. I was impressed when the skipper stopped to pick up some floating rubbish. As we were departing, the guide pointed out a merchant ship sailing south inside the reef, and I was surprised by how fast it travelled – after only 20 mins it had disappeared over the horizon.

When I looked at the Google map close up tonight, I saw there is a Potter Reef a few kilometres further out – perhaps I will have to come back and visit it another time. By the time we stopped for the first dive, land was just a distant smudge in the distance, about 35 km away. It seems strange to be way out in the ocean and look over the side to see the bottom only a few metres away.

We snorkelled in three different spots. After the first hour I was starting to get a bit chilled, in spite of the 3mm full wetsuit the tour provided. I was glad of a hot cup of tea and some biscuits to give me some warmth for the next dive. After that I put my own 5mm short wetsuit over top and that made me fairly comfortable for the final swim.

I swam with several green turtles, saw a sleeping reef shark (and another swimming away from me), as well as numerous giant clams, which each have their own distinctive colouring and can live to 100 years old. Felicity and I both noticed that there were no really huge fish compared to Port Douglas, which I suspect is because fishing is allowed on this particular reef.

We arrived home for lunch about 2.30, then drove down the coast to a walkway around the cliff to Lugger Bay and on towards the lookout before Kennedy Bay. This is a beautiful track, but infested with viscous mosquitoes. Felicity isn’t wearing her raincoat in the photo because it was raining – she wanted some long sleeves for protection.

As we started back, we watched a pelican swimming around which is quite an exotic sight. Later on it flew over us as we walked down the beach. As we were driving home, keeping a keen out for cassowaries (there are signs everywhere warning about them crossing the roads), we spotted our first kangaroos of this trip, and one stayed still long enough to be photographed.

One thought on “Mission Beach”