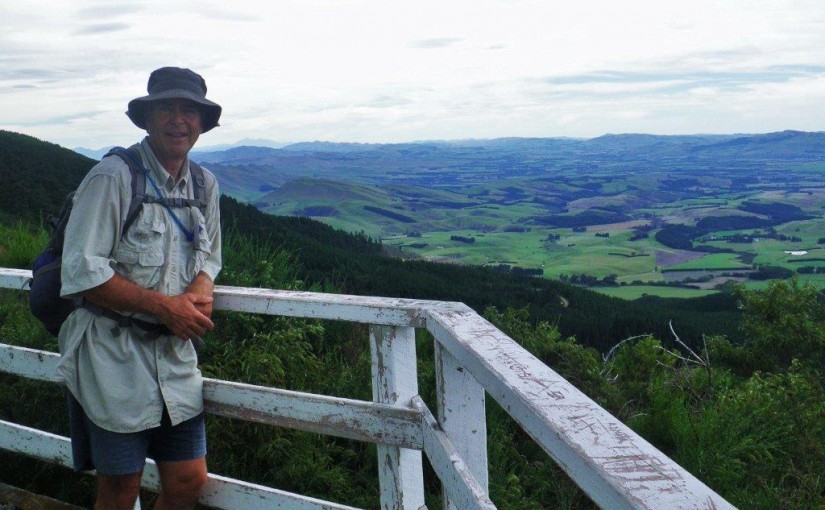 I drove into Christchurch city on Monday morning to catch up with a long-time associate from a father’s support group I am involved with. I was a bit concerned about rush-hour traffic, but by Auckland standards the streets were practically deserted.


Afterwards, we drove an hour or so north to the town of Amberley, then turned off the highway and headed inland to Brookfield. Google navigator directed us along long, straight roads, then in to the hills which mostly seemed to be covered in pine forest.

Our lunch stop was at Lake Janet, which was quite pretty, but more of a pond than a lake. We had fantasised about perhaps unloading the kayaks, but it would have been a waste of time because you can walk around the whole “lake” in about five minutes.

There is a hour-long track up through the pines to a fire lookout just below the summit of Mt Grey, so we put on our boots and trudged up. There was a great view of the North Canterbury plains. We could also see the volcanic Port Hills where we had been walking the day before sticking up out of the flat surroundings.

When we got back to the van we drove another few kilometres into the hills to a DOC camp-site on the edge of the Grey River. This was also a bit of an exaggeration, because we have kayaked on many creeks that have ten times as much water. Perhaps it gets bigger further down. It was big enough for us to strip off and have a decent wash, so we aren’t complaining.

Our parking place was right near the bank, so we got to enjoy the sounds of rushing water as we slept. We were glad of the insect mesh on the van though – a couple of other vehicles arrived with tents and we could tell by their constant hand-waving dance that it wasn’t great being outside.

Another slight problem was that the long-drop toilet was infested with wasps. I took a can of fly-spray with me and gave a big burst before I went in, and although it didn’t seem to kill them they were thankfully more interested in leaving rather than harassing me while I was vulnerable.

Today we continued north via the inland route through Hurunui, and now we are sitting at a high lookout just south of Kaikoura. Felicity was on the phone talking to a colleague when I had to interrupt her to point out a pod of whales swimming obligingly past. Unfortunately our camera hasn’t got a big enough lens to get a photo.