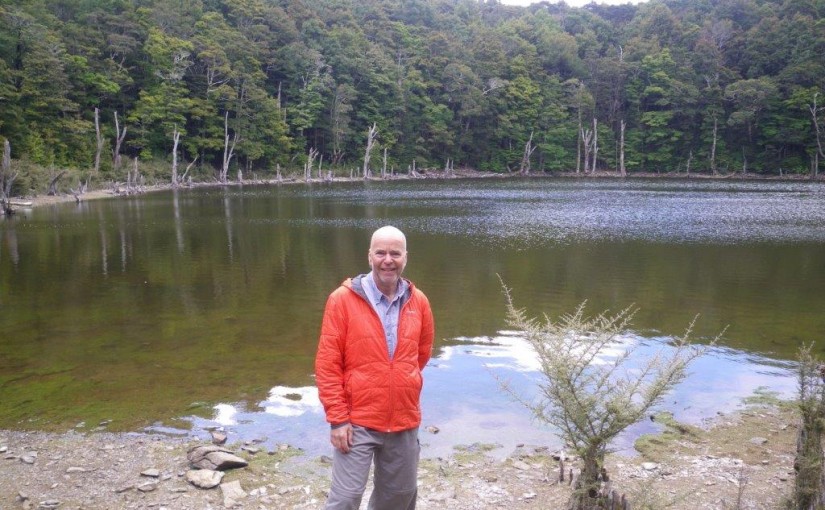 Today was a rather short day, because we reached Tarn Hut soon after lunch.


We spent the morning climbing up Purple Top. On the ridge below the summit, Felicity and I found a sheltered spot in the tussock to admire the view while the others climbed to the peak.

When we saw the two Belgiums sitting by a small fire on the tarn edge I had a fantasy that Bruno had caught a trout, and that he might have some spare. Alas, they were only making tea.

The weather had improved dramatically during the morning, so we were hot enough by the time we reached the tarn to strip off our clothes and leap in. The water was warmer than I expected, and I managed to swim a few metres before hypothermia began setting in.

The photo of me on the shore was taken much later in the evening when it had cooled off.

We considered continuing on to the next hut, but instead dragged the hut mattresses out onto the grass outside and lazed around in the sun for the rest of the afternoon.

Before dinner we regained enough energy to spend a bit of time collecting firewood, and used a little bit of it, mostly for ambiance rather than heating.