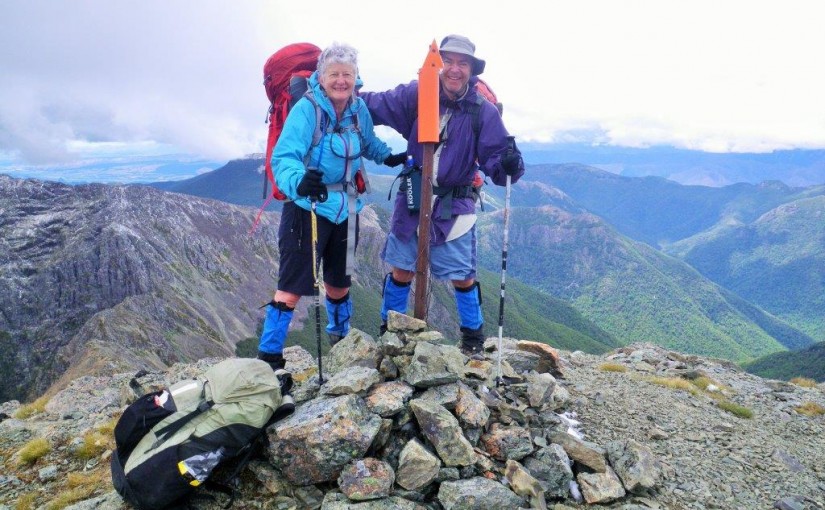 The weather had improved by morning, but the whole area was under a blanket of white snow. There was more rain forecast for the afternoon so again we decided to make an early start.

As I started to get dressed in my outdoor set of clothes I discovered that I had made a tactical mistake leaving my sweaty, damp underwear hanging on the line outside in the porch. They were frozen stiff, and not at all fun to put on. I considered staying in my indoor set, but knew I would regret it at the end of the day.

One unexpected bonus of snow covered ground is that you see how many animals are around. Besides multitudinous birds we could see tracks of rats and probably stoats.

Today’s section of the trail is the most technical, so we were a little bit nervous about the exposed alpine environment with all the snow around.

We slogged to the top of Little Rintoul without incident, but then we had to descend a couple of hundred meters and cross a narrow rocky ridge before climbing back up to the main summit. Felicity found it hard going so John gallantly carried her pack down the dangerous slopes.

It was lunchtime when we reached the top, but it was very exposed and starting to snow again so we made do with a quick snack and continued on down to the hut.

The two Belgiums had arrived before us and lit the fire, so we had the luxury of toast with our soup.