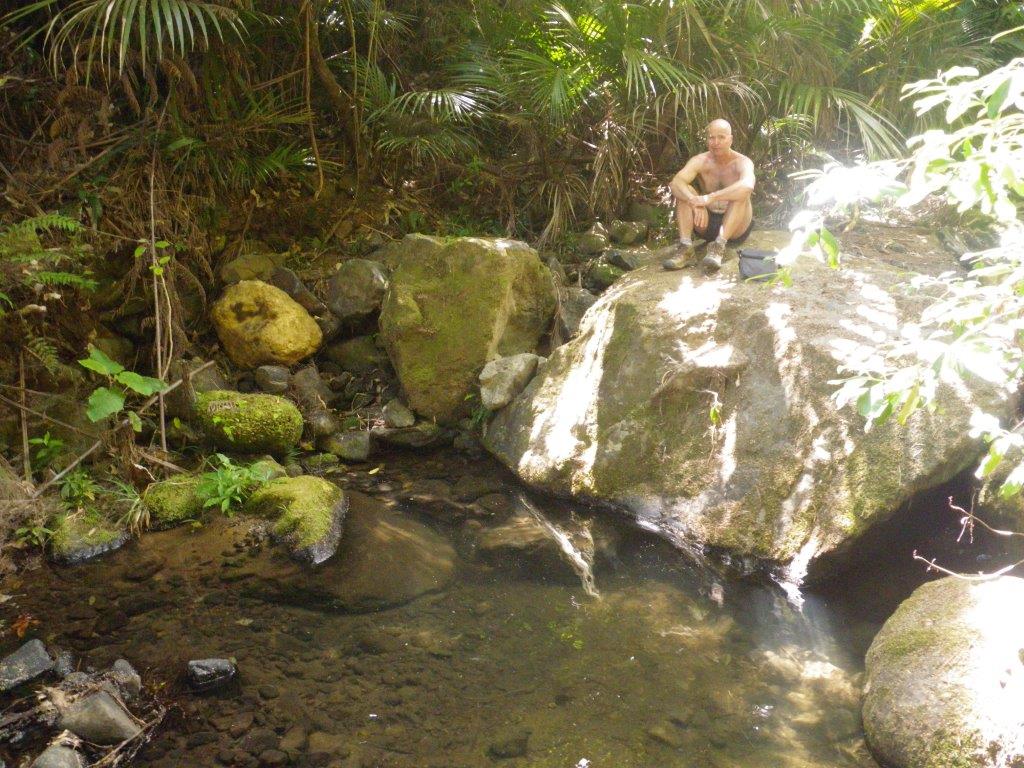 We spent the last night of our Anniversary Day holiday camped on the edge of the Firth of Thames at Little Waikawau Bay. We had a swim before dinner, but the water is pretty shallow, and the “beach” was stony and not easy to walk on in bare feet.


There was a bit of traffic noise from the nearby highway at first, but it died down soon after the magnificent sunset behind the Hunua Ranges on the far side of the Firth.

In the morning we drove down to Thames to pick up some fresh bread, then backtracked slightly to the Dickson Holiday Park, where Rocky’s Goldmine Trail heads steeply up a ridge. It wasn’t until near the top that I spotted the first signs of mining activity, but towards the end of the trail there were numerous tunnels heading underground.

There were some great views out over the Firth of Thames, one from a wooden bench which was inexplicably chained to a tree. Neither Felicity or I could imagine any thief being keen enough to carry it all the way down the steep track.

The trail eventually led back downhill into a valley, and began to follow a small stream. When we came to the first big pool we jumped in to cool off, then enjoyed a well earned picnic on a large flat rock. Just as we were leaving a South African couple who we had passed at the beginning of the trail caught up and we chatted for a while.

A few hundred metres on we found a mine shaft that lots of people had been exploring, so we dug out our head torches and walked in a hundred metres or so to the end. On the way out we stopped to check out a colony of cave weta. The couple caught up with us again at this point, so we took them inside to see the impressively huge insects.

It wasn’t long before we came to another car park on a dirt road, so we turned downstream and headed back towards the start of the track. While we were distracted by a pile of stones balanced in the river beside an old bridge abutment, the couple caught up with us again and the four of us walked the last few hundred metres together.

Back at the van, Felicity invited them in for a cup of tea, so we chatted for a while before saying goodbye and hitting the road for home.