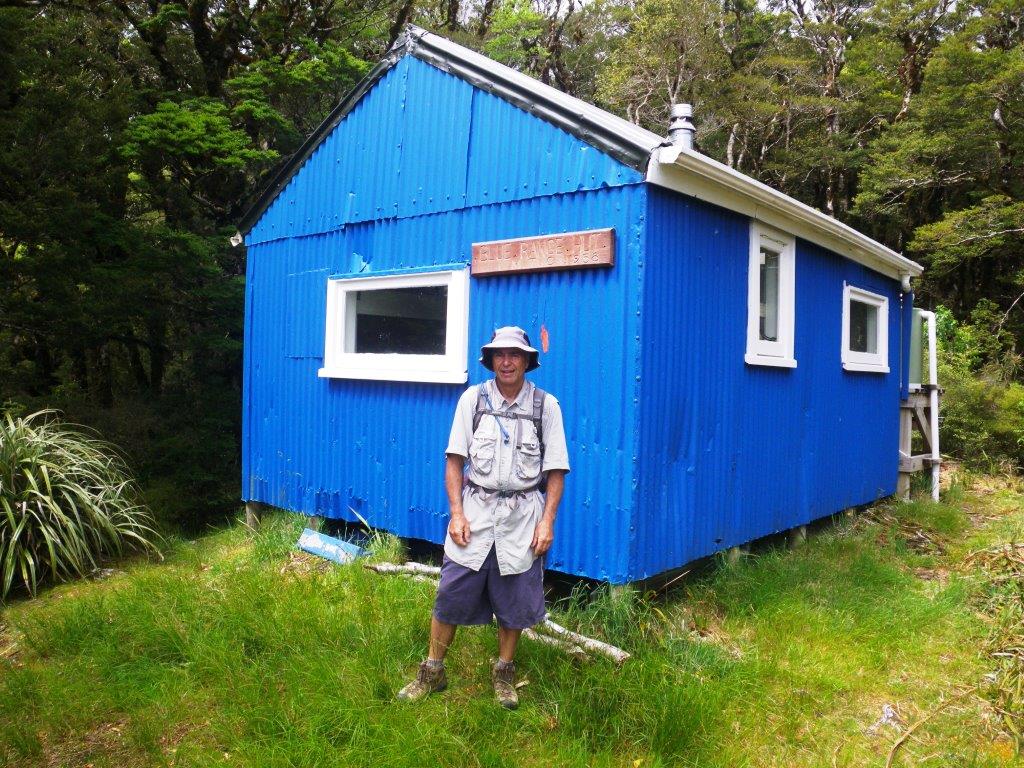 When we first pulled in to this DOC reserve on the edge of the Tararua mountain range, I though we might have the place to ourselves, but then we saw three or four other groups of campers tucked in among the bushes.


On the narrow, winding gravel road in we saw a sign that read “the huntin’s been slim this year – trespassers welcome”. I parked the van in a prime spot beside a creek where we could hear the water tinkling over the stones.

As it was a bit too early for dinner, we went for a stroll into the bush, up an old logging tramway that led straight up the valley beside the creek. It was so nice to be in a predominately green environment after all the brown of Hawkes Bay that we continued on past the turnoff where the loop track led back to the campsite, and continued on until a bridge marked the end of the tramway.

When we returned to finish the loop, there was just enough hill to get us hot enough to want to jump into a pool in the creek beside the van, and wash off the salt and sweat from the day. This was the coldest water of the trip so far so it was a very quick dip!

Just as it began getting dark it began to rain quite heavily, which spoilt the plans of some young people sitting around a campfire. We were asleep by 11.00 pm, and when it turned New Year there was nothing louder than the rippling creek to disturb us.

After breakfast we packed lunch and headed back into the bush. This time we climbed up and up for a couple of hours, then walked along a ridge to reach Blue Range Hut. On the way we passed some huge flowering rata which dwarfed the tree they were climbing on.

After exploring the rather cute four bed hut, we sat at a picnic table outside and ate our lunch. Although the sun was nice and warm, a bit of a breeze combined with our sweat soaked shirts made it only just comfortable.

When we arrived back at the campsite we could hardly believe our eyes, there were dozens of new vehicles and tents, with crowds of people, children and dogs. After another splash in the creek and a cup of tea we decided that we would move on and find somewhere a bit quieter.