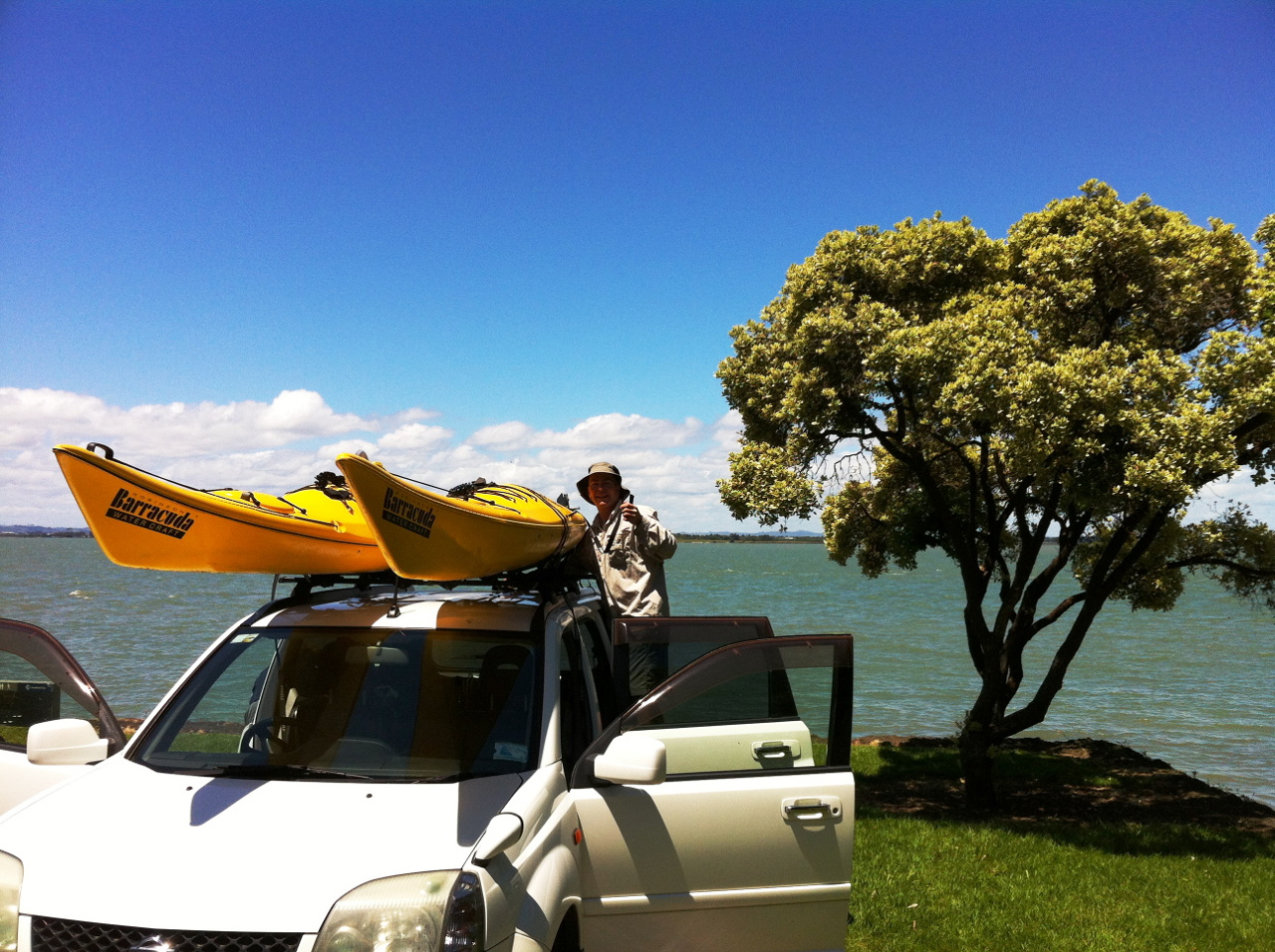 We intended to head west when we set off around the coast from Waikowhai Bay this morning, but as we rounded Cape Horn we discovered a moderate SW wind and the incoming tide were making it tough going.

So we turned around and headed east instead, up the harbour towards the bridge. Across the channel we could see sheep grazing at Ambury Regional Park, and one of the bird hides down at the shore.

I didn’t get my phone out to take another photo until Hillsborough Bay, where it was sheltered again behind the headland. Felicity was looking at a cute looking sleep-out right on the shore, when she noticed a dovecot, with either a dove or a pigeon flying in one of the four little doors. You can just see it in the photo, below the left side of the house.

There is a line of power pylons running down this coast, and we paddled underneath them as we continued east. On the way back I went through the concrete supports, and noticed an alarming amount of rust at the bottom of the steel girders.

We were soon in the wind again so I was happy to see a channel leading into the construction area beside the motorway, where they are building a new beach. We had a short break and watched the excavators working, then headed back out into the harbour.

The obvious place to stop for lunch was the little sandy beach we could see at the western end of Hillsborough Bay, which was sheltered from the wind by the cliffs. This turned out to be called Taylors Bay, which I don’t think I have ever visited before.

We sat under a tree and ate our sandwiches,  serenaded loudly by Lorde and Katy Perry from the house behind. I was compensated by seeing a kingfisher flash in and out the water, then land on a branch about 2 metres from my head with a fish in his beak. As soon as he saw me he darted off again.

The wind was even stronger in our faces as we set off on the last leg homewards. By now the tide was running out in our direction, so the wind was kicking up quite steep little waves. Since it wasn’t very far I relaxed and enjoyed the thrill of being bobbed up and down, but I was nonetheless glad when the boat ramp appeared.

In the photo of me tying the kayaks back on to the roof of my car you can see a few small white-caps in the sea behind me, and Ambury Park on the horizon. I look forward to exploring more of this coast, but I’ll pay more attention to wind direction next trip.

One thought on “Waikowhai to Onehunga Bay”