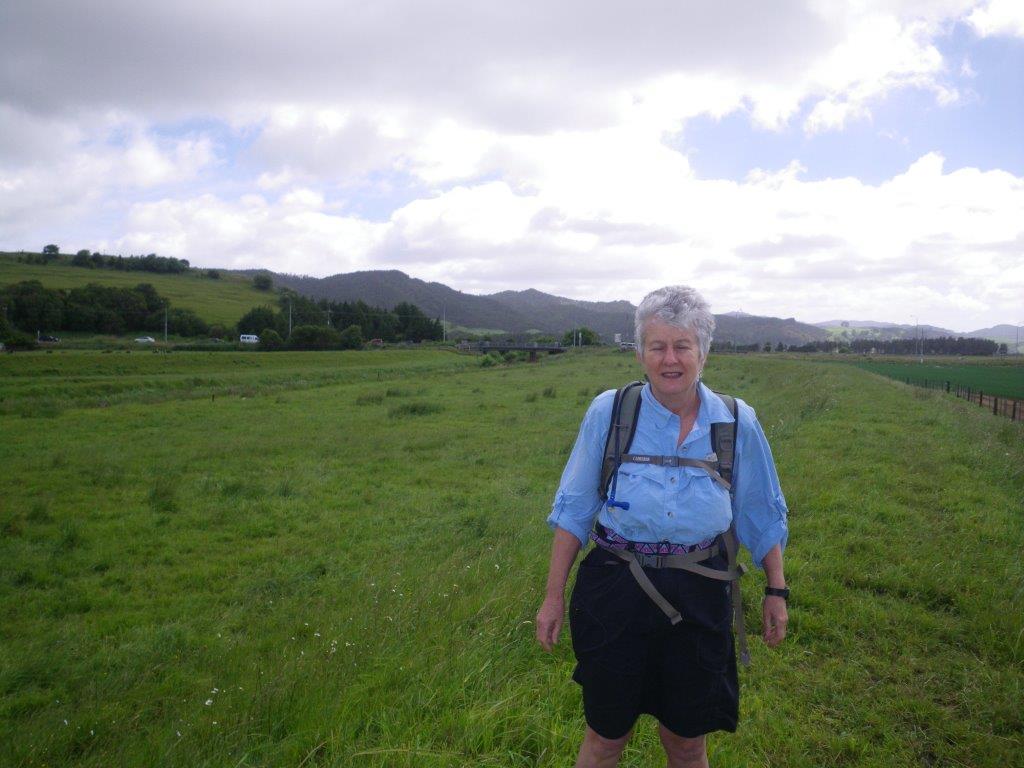 Running from the junction of State Highway 2 and Lyons Rd to State Highway 1 at Mercer, this track is part of the Te Araroa Trail.

After our adventure at Broken Hills, we drove to Te Aroha to check out the hot pool at the local campground. We had considered spending another night beside the river, but the weather was turning nasty, and the idea of a soak in warm water appealed. It was a good choice because it rained heavily all the way.

The woman at reception told us that the pool would be hot by 6.00pm, which made me wonder if it was really a thermal pool. It turns out that the water is naturally 28º so the extra heat was much appreciated. There is quite a large cold pool which was empty during our visit, with a small concrete spa pool that could fit about 8 people. Fortunately the rain stopped so we enjoyed our bath.

On the way back towards Auckland on Sunday we stopped to check out the Mangatawhiri Track. It is not actually much of a track, more of a route along the top of the stop bank next to the river. It was quite windy and exposed most of the way, as you can see from the photo I took of Felicity. I

At one point we were watching a large hare running away from us, when suddenly its mate jumped up from where it was crouched in the grass about 2 metres away.

The river had numerous families of ducks, some with over a dozen ducklings. I wasn’t sure whether they were swimming away from us or from a harrier hawk circling overhead. We also saw swans and geese, and noticed lots of shotgun shells littered about, which suggests the area is popular with hunters.

After a bit over an hour of walking we reached the Mangatawhiri Wetlands Reserve, which is managed by Auckland Fish & Game. At this point we were only a kilometre or so from the end at McIntyre Rd, but we were getting hungry so decided to head back to the van.

This track is probably only worth walking if you are hunting or ticking off sections of the Te Araroa as we were.