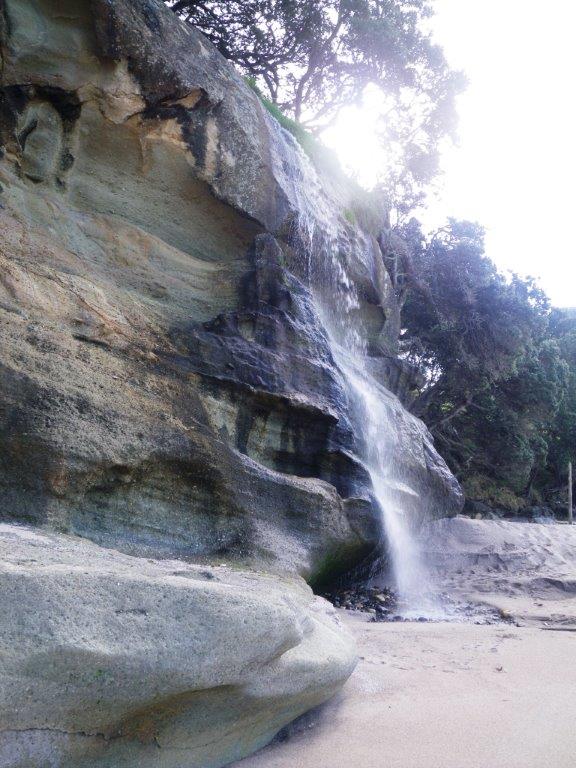 At the north end of Waihi Beach a track heads up the cliff into the bush. It is benched and almost wide enough for a vehicle, so presumably it was built for horse traffic at one time.


We had driven down from Auckland in the morning, and eaten lunch in the campervan parked at the end of the road, looking out over the beach.

The track wound it’s way along the top of the cliffs, dipping in and out of native bush. At one point we met a whole class of children returning from a picnic on the last day of term. After about 40 minutes we descended on to the white sand of Orokawa bay.

The trail continued at the far end of the beach, but now it was narrow and only suitable for foot traffic. In several places we crossed big slips where the track had been recently repaired. DOC has done a great job of keeping this track open.

The coast is spectacular along this track, and the still water was remarkably clear. When it is a bit warmer I’d like to come back with snorkelling gear.

After about two hours we reached Homunga Bay, where a waterfall splashed over the cliff directly on to the beach.

According to the DOC sign at the beginning the trip to Homunga Bay takes 2 hours 45 minutes, but we did the round trip in just under 4 hours.