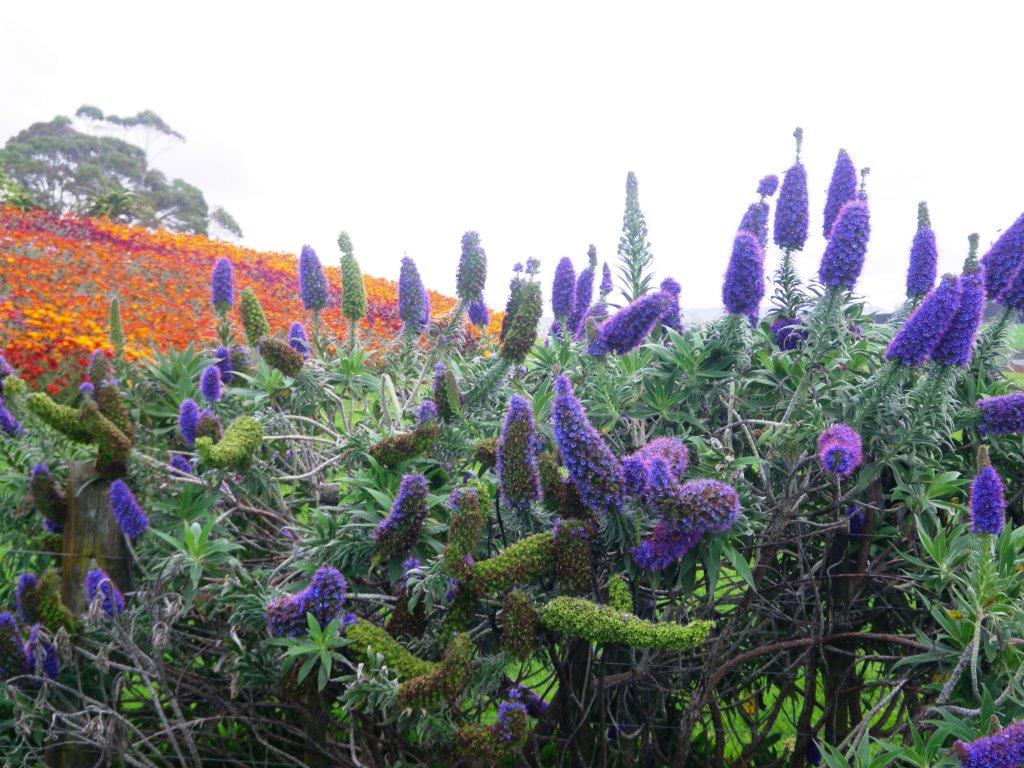 If there are any Kauri left at Kauri Point we saw no sign of them. There were lots of healthy Pohutakawa and other native trees, so we enjoyed our walk anyway,


For the second night of our trip we drove south of Katikati to the Omokoroa Hot Springs. The campground is in the middle of suburbia, and the pools are not quite as attractive as Athenree, but we enjoyed a long soak anyway.

We heard several mysterious “thunks” on the roof of the van, and realised we were parked under a tree laden with berries of some kind.

It rained a little bit overnight, but by the morning it had cleared again so we drove back north a bit and out to Kauri Point. The first section of the walk was over an open grassy area along the harbour. There were houses inland from us, some with attractive gardens filled with bright flowers.

After a while the track descended to a beach, so we walked to Ongare Point at the northern end before turning back. I wondered about heading back by road, but Felicity accurately predicted that it would be many kilometres so I’m glad we didn’t.

When we were almost back at the van, a set of steps lead down into the bush and along the edge of the coast. Eventually we ended up at a long jetty with a bunch of people fishing at the end.

There were a flock of white-fronted terns and some gulls sitting on the railing, and as we got within 2 metres of them they flew off one-by-one, circled around us and landed back near where they had been. When we walked back they had to do it all over again. In the photo you can just see them in front of the trees near the beginning of the jetty.