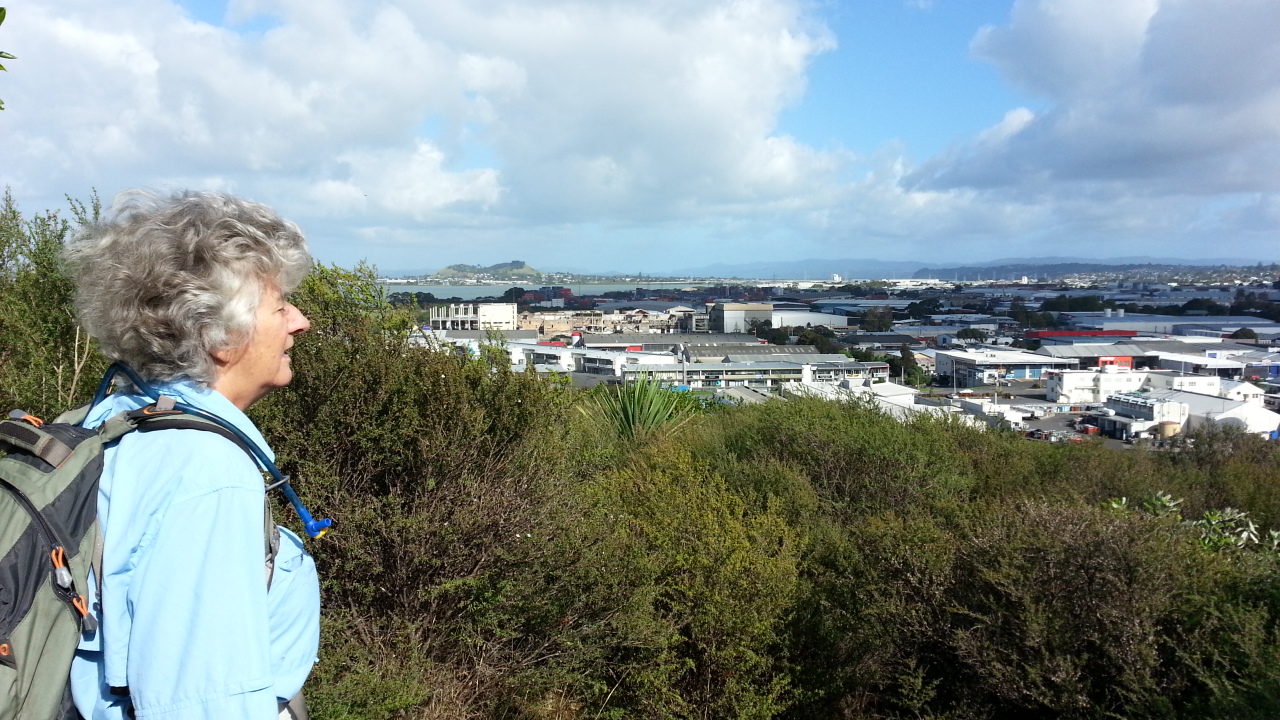 Felicity and I spent a couple of hours exploring a couple of Auckland’s lesser known volcanoes.

I’ve looked many times at the mown track that you see on the side of the hill just near the Mt Wellington motorway turnoff. It turns out that this is not directly connected to the park walkways, but we eventually managed to push through the trees to walk over it.

The carpark is on the other side of the hill, on Gt South Rd. We started following a blue pole route up a hill through bush planted a bit over a decade ago which has just begun to form a closed canopy.

The photo is looking out over the Manukau harbour with Mangere Mountain in the background.

We soon abandoned the trail, and instead walked around near the perimeter.  There is a much bigger area than I expected, and a lot of bush area with gravel paths.

As we walked over the paddocks,  Felicity collected a bag of field-mushrooms for our lunch.

We had spotted nearby Mt Richmond from the top, so we stopped there on the way home and walked around and over that hill as well. It was covered with dozens of very old trees with huge amounts of tiny but ripe olives!

One thought on “Mutukaroa Hamlins Hill”