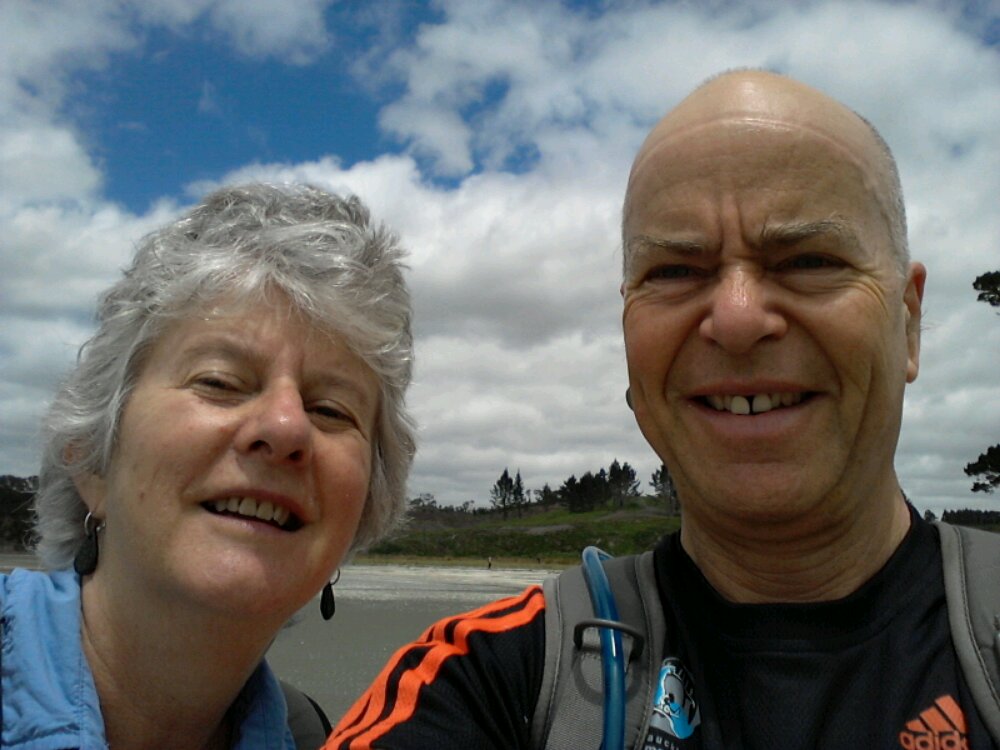 The tide was out this morning, so we decided to walk up the Okura walkway. I run up to Dacres cottage quite often, so it made a nice change travelling at tramping pace.


We continued on most of the way to Stillwater, but the final creek would have required a muddy crossing so we turned back.

There were dozens of other walkers and runners, but sad to say, almost a dozen dogs, despite the fact that the previously smashed concrete “No Dogs” sign has been replaced.

About 10 metres away from the photo of Felicity and me, a dotterel was patrolling anxiously, ready to lead us off away from the nest in the shells if we went closer.

We climbed up the steep flight of steps at the south end of Karepiro Bay, then found the rather hidden track out to the Maori Pa site. After climbing in and out of a couple of defensive ditches, we found a grassy clearing to sit and eat lunch.

Heading back, we noticed a rather strange sight; a pair of new-looking tramping boots hanging in a tree, with red artificial roses tucked inside. Closer examination revealed that they are a memorial to a guy who died on the track a few weeks back. I thought that at least he was probably enjoying his life right up to a few minutes before the end!

After we arrived home and had a cuppa, we decided we had enough energy left for a swim at Long Bay. It was quite short, no matter how hard I try to believe, summer hasn’t quite arrived yet.