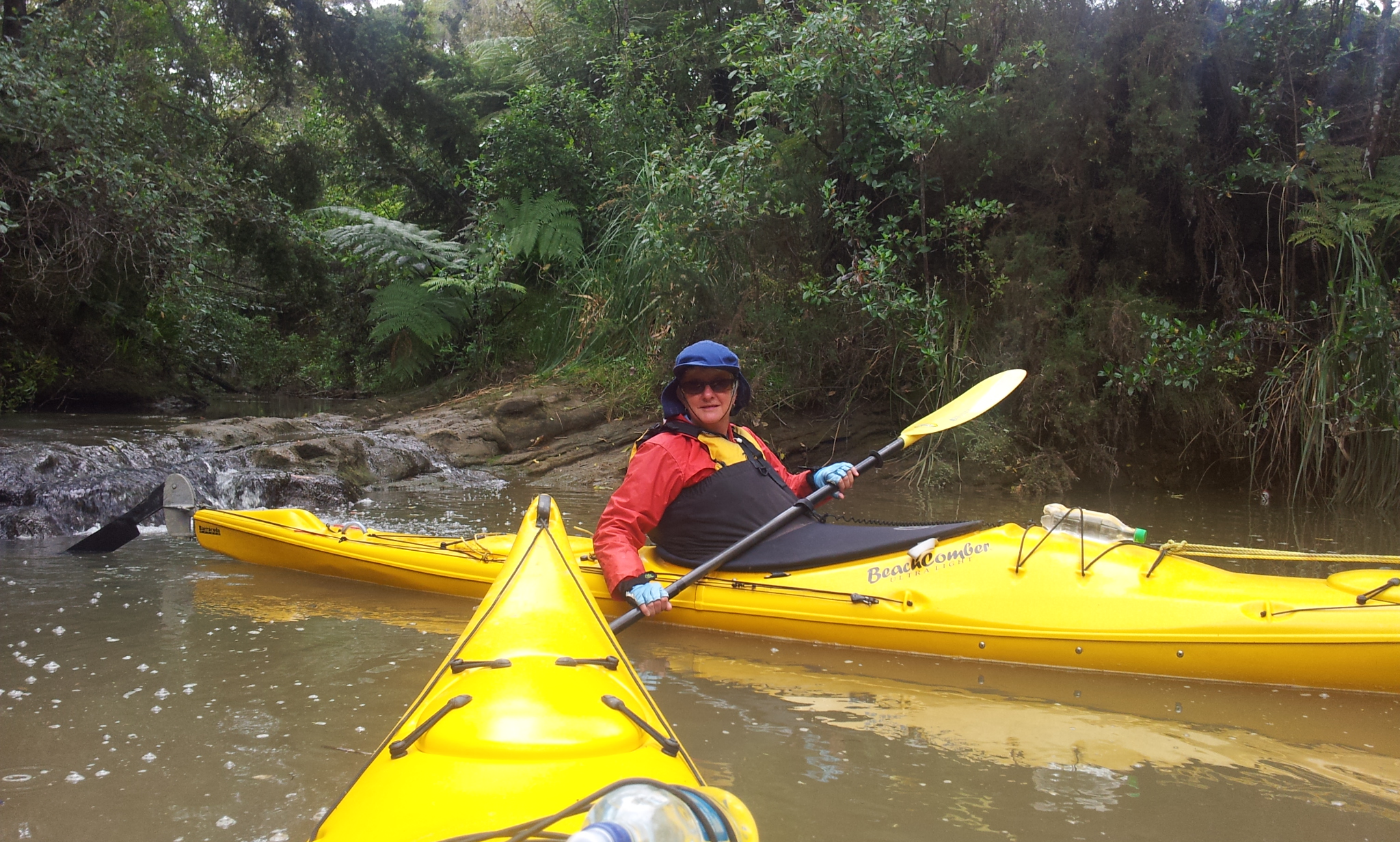 By exerting our combined powers of positive thinking this morning, Felicity and I convinced ourselves it was summer and loaded up the kayaks.

When we arrived at our proposed launch spot at Whenuapai, a gate at the top of the road forced us to switch to plan B and head to the Waimare Rd ramp. I stopped the car and looked at the strong wind working against the incoming tide to create a patch of white-capped choppy waves in the channel just offshore.

My enthusiasm diminished. “It doesn’t look too bad, and it’s not far across” said Felicity, as she went to get out. The wind almost tore the door out of her grasp as it howled into the car. She quickly shut it again and picked up the map. Time for plan C.

Which ended up with us launching into the sheltered waters of Oruamo – or Hellyers creek on our own side of the harbour. We first headed north through the mangroves to the top of the Oruamo, where there is a small waterfall.

Next we paddled back past the car at the end of Manuka Rd and turned into the Kaipatiki Creek. At the top is a pretty pool, with another small waterfall. Unfortunately though, there was nowhere to land an eat our lunch, so we went back downstream until we found a spot.

The riverbank had heaps of recent planting, and some steps cut in the clay bank, so we were a bit worried we were picnicking on someone’s front lawn. Now that I’ve looked at the map I see it was Lauderdale Reserve.

After lunch we checked out another couple of short channels, and circumnavigated a big island of mangroves before heading for home. The sun did try to shine at one point, but it turned out to be in vain. I enjoyed our voyage, even if it isn’t summery yet.