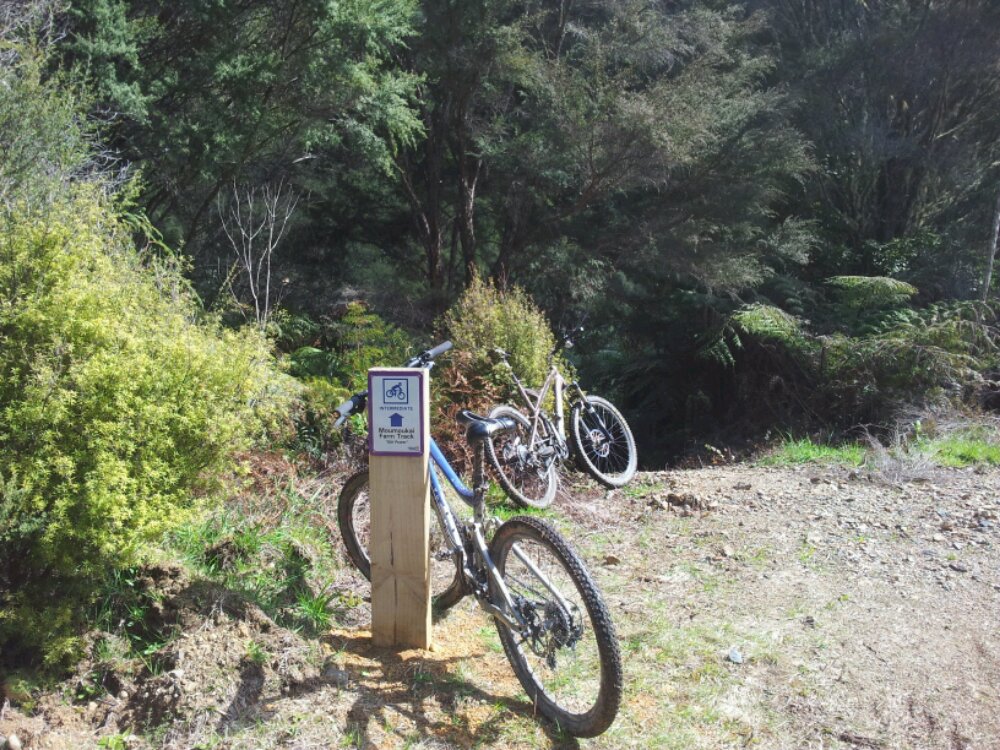 With such a blue sky this morning I felt there was no better thing to do than ride my bike somewhere spectacular. I texted Kerry and he was thinking the same thing, so as soon as the traffic died down we headed south to the Hunua ranges.

Of all the mountain bike developments undertaken by the Auckland City Council, this is the one they got most right.

The trail has metal nearly all the way, so it is ridable all year round. I looked enviously at a couple of powered wheelbarrows parked beside a stockpile of metal.

There were a few tricky sections, particularly traversing tree roots covered in moss. Kerry had a couple of mean spills (which he blamed on his new shoe cleats being too tight, preventing him from unclipping his foot from the pedal at critical times). Fortunately, hardened athletes like Kerry don’t let a few minor flesh wounds slow them down.

I didn’t get any photos of the spectacular surroundings because I was clinging tightly to the handlebars while passing through most of it. So you get to see where we stopped for refreshments and to powder our noses.