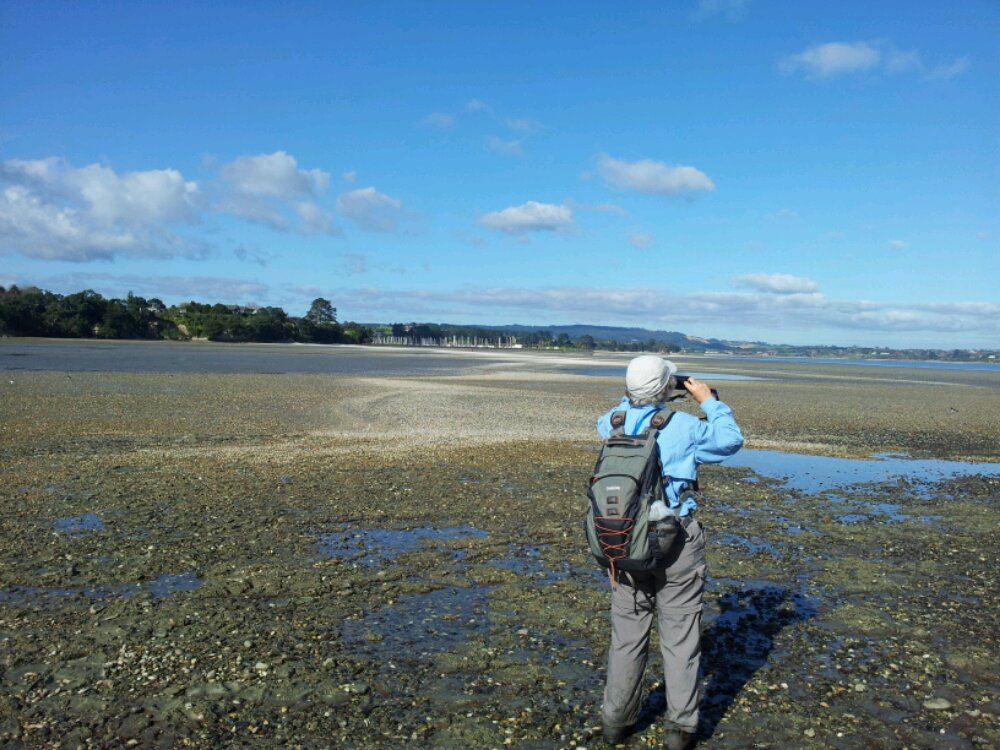 Yesterday Felicity and I intended to explore the new walkway from Maraitai to Beachlands, but we got distracted along the way. We saw signs advertising a “Fresh Market” at Pine Harbour, and although we had passed the turn-off, we realised we would be able to walk down the cliff from the edge of Beachlands.


As soon as we got to the cliff edge, we could see another path continuing enticingly towards the east, but we turned inland and descended to the marina.

We didn’t spend anything at what was a very up-market market. We could have bought a decent lunch if we hadn’t bought our own, and we could have had a nice cup of coffee if we were prepared to queue up for half an hour or so, but we weren’t so we didn’t.

After admiring some very expensive boats, we crossed a small bridge at the far side of the development, and walked along a sandy beach; presumably below the Formosa Country Club. Once the river bank turned to slippery rock, we headed back the way we came.

As the tide was out, we decided to continue along the cost on the eastern side of the marina, and that led us over the cockle  banks to Motukaraka island. From a small cave, I took a photo of some boats heading out of the harbour, with the Sky Tower in the far background. Obviously not all boats make it back!

My fantasy was that we would find a sunny spot under the karaka trees with a view out over the Hauraki Gulf. Sadly the island seems to be just a maze of over-grown tracks through thick scrub. We decided to look elsewhere for a picnic spot.

The Beachlands foreshore proved to be very suitable, and we re-fuelled contentedly. Another family headed up a set of wooden stairs, so we figured they must be public, and followed them.

Suddenly, we were back in suburbia, but we didn’t have to follow the road for too far before we found a lookout with a track along the top of the cliff. It wasn’t long before we were back at our car.