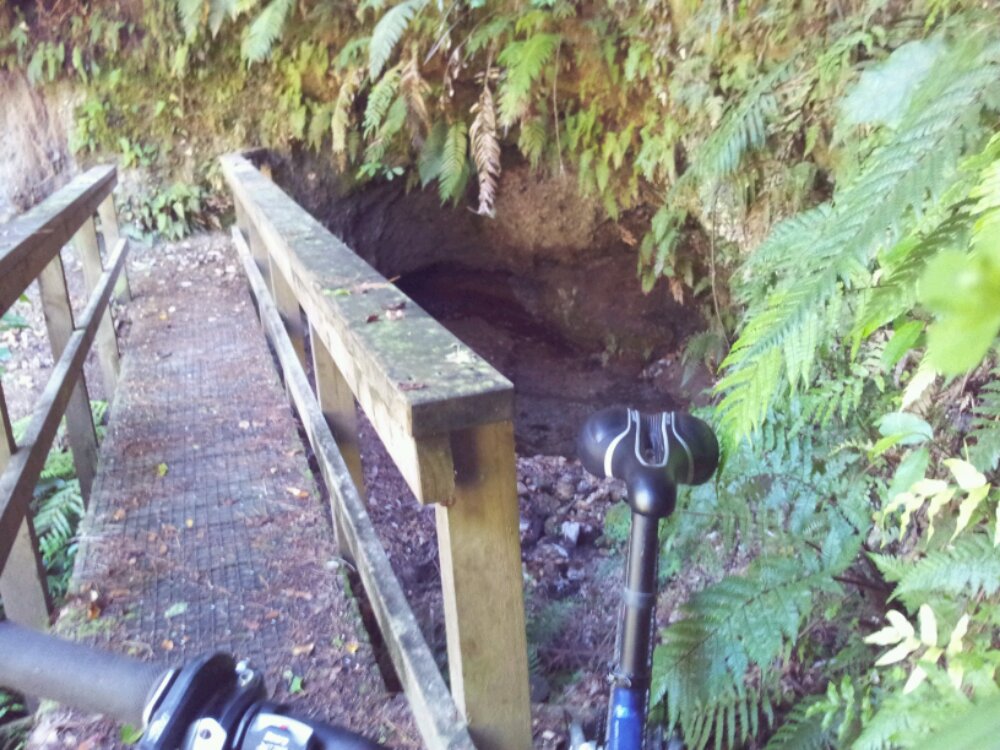 This morning I briefly considered doing yesterday’s ride all over again, but I forced myself to drive past Waipa and continue on to Rotorua.

I parked by the Russian Helicopter near Craters of the Moon, and soon found the track to the tunnel under SH1, which has been there since the 1960’s.

The next three hours was spent exploring the Wairaki trails. Running through a mix of pine and eucalyptus plantations, the network featured numerous bridges where trails crossed. A lot of work has gone into making great tracks.

By early afternoon my muscles were starting to protest, but when I arrived at the car I couldn’t resist a bit more. I rode the Totara Grove track down to the Waikato, then downstream to Ferguson’s track and return.

Since then my legs have felt like jelly. I hope there are a few Km left in them for tomorrow!

I’m camped at De Bretts, and have enjoyed a long soak in their pool. They’ve got a great new zoom slide, but my tired legs could only manage two climbs of the steps.