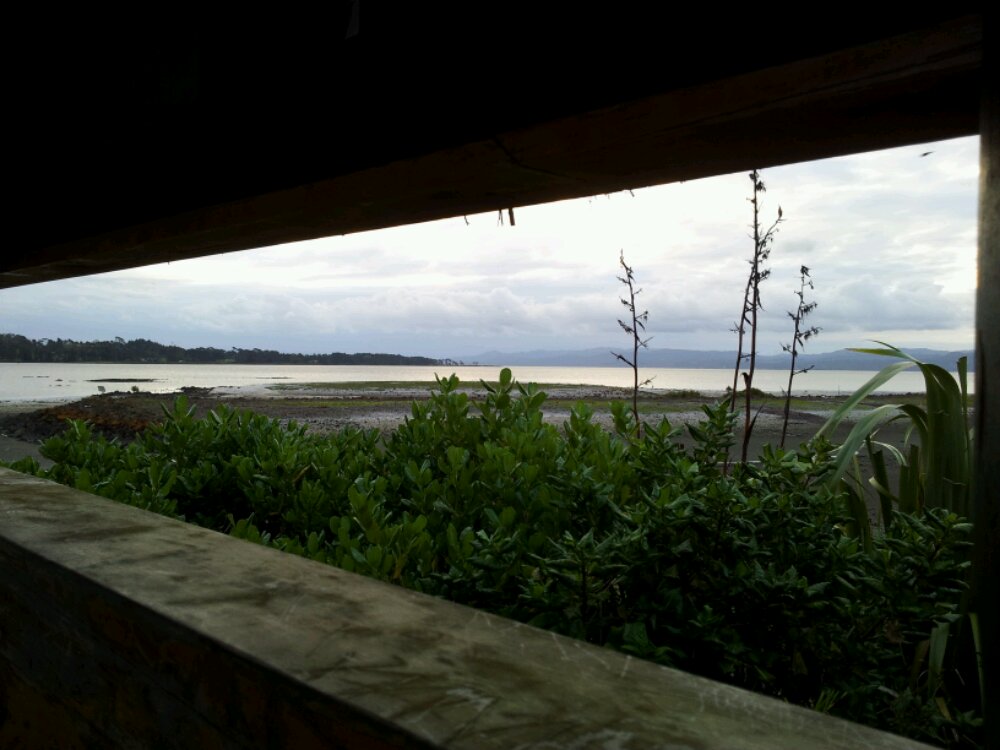 I took my bike for a ride around the Manukau after I dropped Felicity and Judith at the airport this evening.

I parked outside the gates of Ambury Park in case I didn’t get back before they were locked. I took a wrong turn right near the beginning, and ended up at a bird hide.

When I reached the stonefields, I hoped to get a photo of the sun setting through the Manukau Heads. I saw this awesome sight a couple of years ago, but didn’t have a camera with me. Tonight the sky was cloudy, and the sun disappeared fairly early.

After passing the stinky sewerage treatment plant, I realised that it was quite dark, so I put on a head torch that I had had the foresight to bring along. Unfortunately, I hadn’t tried wearing this particular piece of equipment before.

It pointed down instead of forward; it seemed more useful for seeing which obstacles you were crashing into rather than avoiding them in the first place.

But I made it back to the car in one piece, just before the first drops of rain arrived.