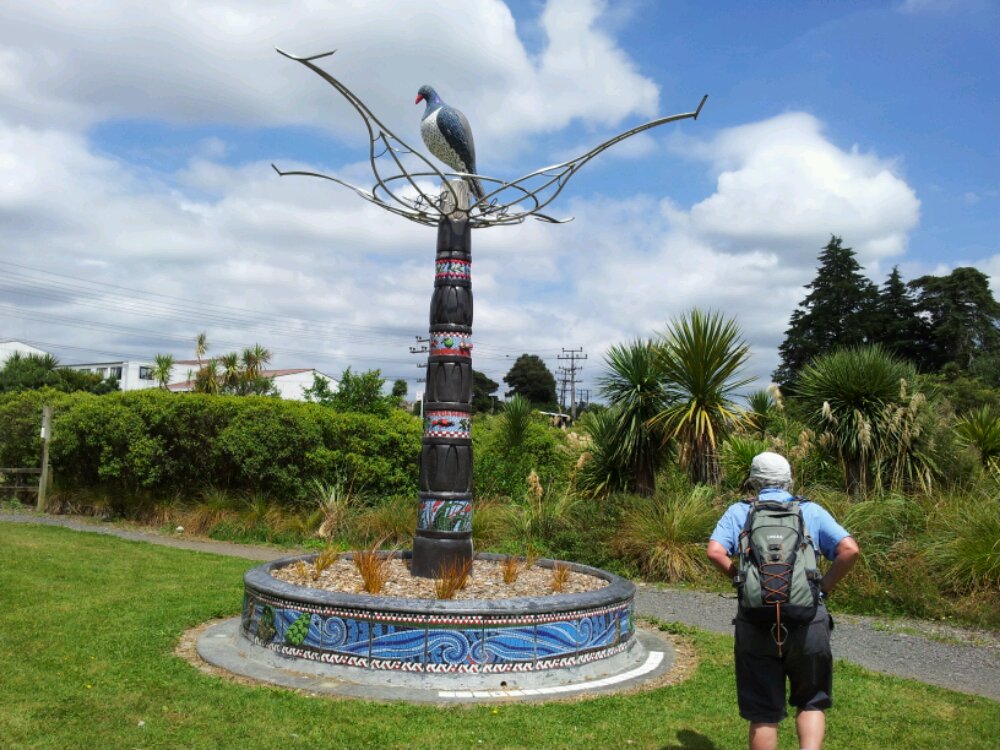 This morning we were both keen to keep exploring where we kayaked to yesterday, so we drove to where Triangle Rd crosses the Huruhuru creek and started looking for a walking track upstream.


Eventually we found a steep, narrow path leading down between houses on Chorley Ave. At the bottom it developed into an attractive bush walk that ended in Sunline Park. We tried to continue along the river bank, but the way in front of the houses was blocked with rubbish. After walking down most of Sunline Ave to find the access to Sunline Esplanade, we backtracked to discover that only about 100 metres of public access is missing between the two reserves.

At the other end of the esplanade the way lead to Helena Park, from where we could see yesterday’s lunch spot. Backtracking again, we came to the footbridge we paddled under, and crossed to Riverpark Reserve.

We had to take to the streets again to get to Don Buck Rd, with a short detour into Woodside Reserve along the way.

I was interested to read about Don Buck and his camp nearly 100 years ago. In those days it was probably the only form of welfare available to men with nothing.

An inviting path took us further upstream along the Swanson Stream tributary, and eventually to Point Te Rangi Hiroa Park which seemed to be as far as we could get off-road. So we retraced some of our steps to the car.

A short drive up to just past where we had turned around on Glen Rd and we spotted a path continuing upstream towards Birdwood School. Where there is an awesome mural.

The path through Birdwood Park is very pretty, and when we reached the end at Swanson Rd there was another impressive artwork.

Again we turned back towards the car, but stopped along the way to eat our lunch on the riverbank.

We explored a bit further, but we soon decided we were hot and tired.

We ended the day with a swim at Long Bay, then picked up my mum to bring her home to eat Judith’s delicious pizza.

One thought on “Swanson Stream”