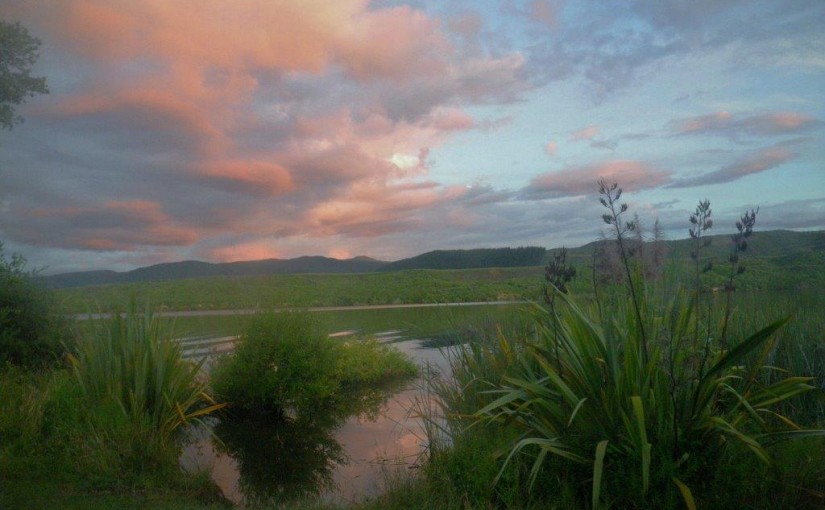 Out trip across Cook Strait was quite a bit rougher than the previous trip, but the combination of a sea-sick prevention pill and finding a strategic position in the centre of the boat meant that I didn’t suffer unduly. Because of the wind, the captain was forced to take a longer course and we were an hour and a half late docking in Wellington, but this gave me the opportunity to watch two complete movies, which distracted me from the sight of the horizon moving up and down alarmingly.


This blog posting is rather delayed because we arrived home with a long list of jobs to do and I’ve only just remembered I have un-posted photos on my phone.

We drove straight through the capital, and stopped for a cup of tea with a friend in Paekakariki, looking out at Kapiti Island. He has been working on a new section of the Te Araroa trail, which runs along the cliffs high above the highway which you have to walk along at the moment. I’m keen to come back here and check it out.

We spent the night parked in another friend’s driveway in Palmerston North, then continued north next morning. I wasn’t keen to drive all the way to Auckland in one go, so we stopped off at Mangakino and went for a late afternoon paddle on Lake Maraetai.

For this trip we went under the bridge opposite the main boat ramp, and explored the flooded river valley there (at the top of the map above). We saw several large floating aerators, which mix oxygen into the water to stop it going stagnant. Felicity had been complaining about how bad the lake smelled, but it turned out she had neglected to remove from her kayak one of the fresh-water mussels we harvested on Lake Mapourika a couple of weeks previously!

While I was paddling near the shore I disturbed a family of swans – if you look closely at the photo you might see three pale, fluffy cygnets swimming between their parents. The river got narrower and narrower, and at times the rocky cliffs on either side were like a small gorge. Eventually the way was blocked by fallen trees and we had to turn around.

I explored up another branch of the river, and came to the remains of an old wooden viaduct high above the water. Underneath was another small gorge, but I couldn’t get much further. I was interested to see that the water at the end was perfectly clear, in contrast to the rather turbid water of the main lake.

As we were making the crossing back to the van, we watched a thunderstorm moving across the horizon. We could see torrential rain falling out of the cloud, but fortunately it stayed fine and sunny over us. The last photo is the view from the van at dusk, when the wind had dropped completely and all the water-skiers had gone to bed.