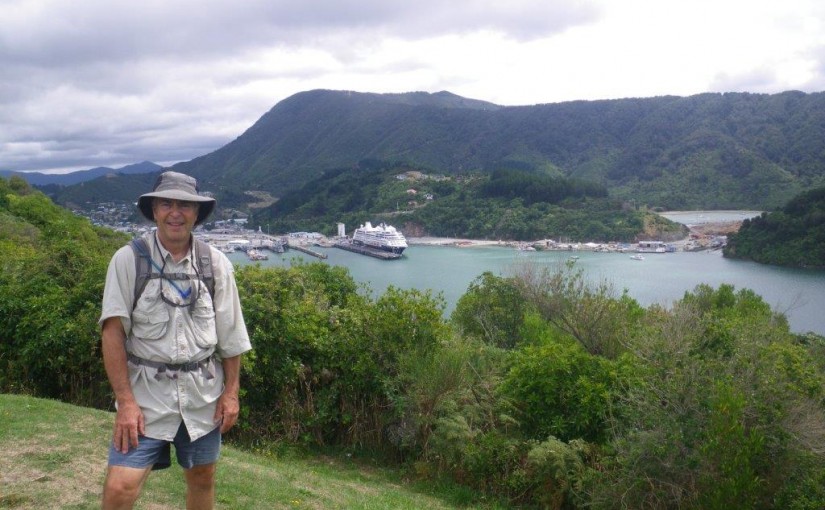 After lunch in Kaikoura, we had a wander along the beach and over the rocky foreshore. There is a seal colony here, but the seals were heavily outnumbered by tourists. We had considered going for a kayak, or perhaps even a snorkel, but the weather was overcast and windy, so the sea was not very inviting.


There is a free DOC camp at Okiwi Bay a few kilometres north of town, so we headed there late afternoon. On the way we stopped at the famous “Nins Bin”, which is a caravan at the side of the highway selling fresh crayfish. My apologies to any readers who suffer food envy!

It wasn’t actually raining when we arrived at the camp-site, so we walked up a track to a lookout high above the bay before dinner. Some of the time we could hear the waves in the distance, but there was quite a bit of traffic noise from the highway, and as we were parked only a few metres from the main trunk railway we were woken a couple of times in the night by trains thundering past.

As we travelled through Marlborough we were struck by how much of the land is growing grapes. Near Blenheim there are several huge wineries that are producing wine on an industrial scale.

When we arrived in Picton, we ate lunch parked at the marina. In the afternoon we walked along the coast to Bobs Bay, then up the hill to a lookout. There was a cruise ship in port, and another anchored out in the sound. It must have a huge impact on the local economy when hundreds of tourists suddenly arrive.

When we got back to the van, we saw a notice showing a Maori pa site a bit further around the coast, so we drove there and walked out on to the Karaka Point headland. We could see the remains of a defensive ditch, and a number of oblong pits that used to be houses.

We are parked for the evening at the back of the local RSA, because we have to be at the wharf early tomorrow morning to catch the ferry.