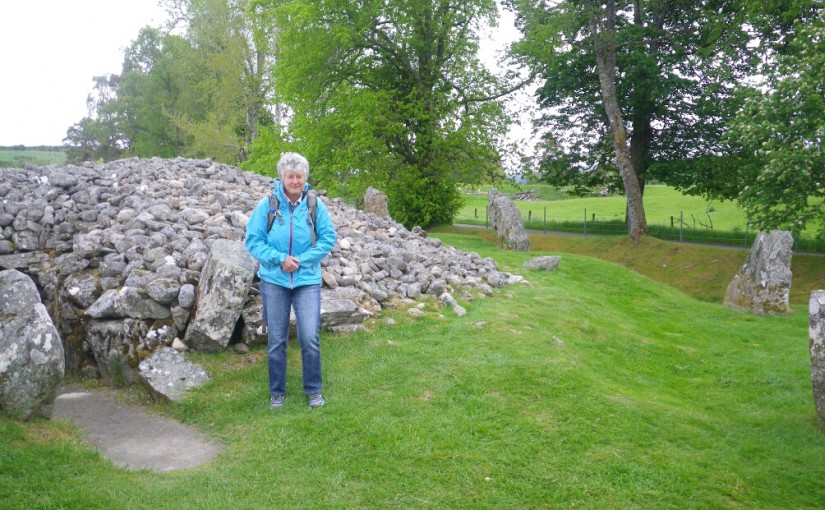 Tonight is our first night in our Advantures campervan, and we are parked near the shore of Loch Affric, in the middle of nowhere off the A831 north of Drumnadrochit.


This morning we had a few hours to kill before the van got delivered, so we went for a walk around Inverness. We had planned just a quick trip down to see the cathedral, but just as we were leaving Felicity got a text message to say the van wouldn’t arrive until after 1.15.

We looked at the map and decided to walk down to the sea loch at the end of the Caledonian Canal, just so that we would know we had seen the entire length. From there we went through a nature reserve to the mouth of the Ness River, which we tried to follow back into town. Since part of the riverside walkway is closed due to flood control work, we ended up in deepest suburbia for a while before getting back on track.

The couple who own Matilda (the name of the van) gave us some good ideas about the best areas to head for, which means we will be concentrating more on the west coast and the isle of Skye rather than the far north. After stopping at an enormous Tescos to stock up on supplies, we headed off.

Our first stop was the Culloden battlefield, but when we discovered that it takes several hours to see, and costs quite a bit, we decided to try and come back on our return to Inverness. Two and a half hours of walking in the morning was about all I could face. It is also freezing, and drizzling on and off, so being outside isn’t very attractive.

We drove out along the A82 road to Fort William that we have been following for the last week, but turned off to the north at ‘Drum’. It seems a bit strange that a journey that took us all day to walk can be travelled in under an hour by vehicle.

About half an hour’s drive up the road we took a detour to see the Corrimony Chambered Cairn, which is a 4,000 year-old burial site. The top of the chamber caved in long ago, but the walls and the access tunnel are intact, so we were able to crawl inside. Around the perimeter is a ring of standing stones. It is believed that the entire structure was the tomb of a single woman, so she must have been extremely important to warrant such an enormous use of resources.

We continued driving into the Glen Affric National Park. There are several nice car parks with picnic tables and toilets, but all of them have “No Overnight Camping” signs, so we have found a flattish metalled area away from civilisation, and Felicity cooked a delicious meal of swordfish, new potatoes, mushrooms and asparagus.

When I started to fall asleep while reading my book about 10pm, I popped out of the van briefly to have a pee and had my first encounter with the legendary Scottish midge. Or to be more accurate, midges, because they hang out in vast hordes like sandflies. They are quite a bit smaller, but sting rather than bite. We have just purchased the only recommended preventative: Avon Skin-so-Soft.

Apparently the British SAS use it when they are training in the highlands, and one local told me that while their camouflage is so good that you would never see them hiding right next to you, you can smell the perfume!