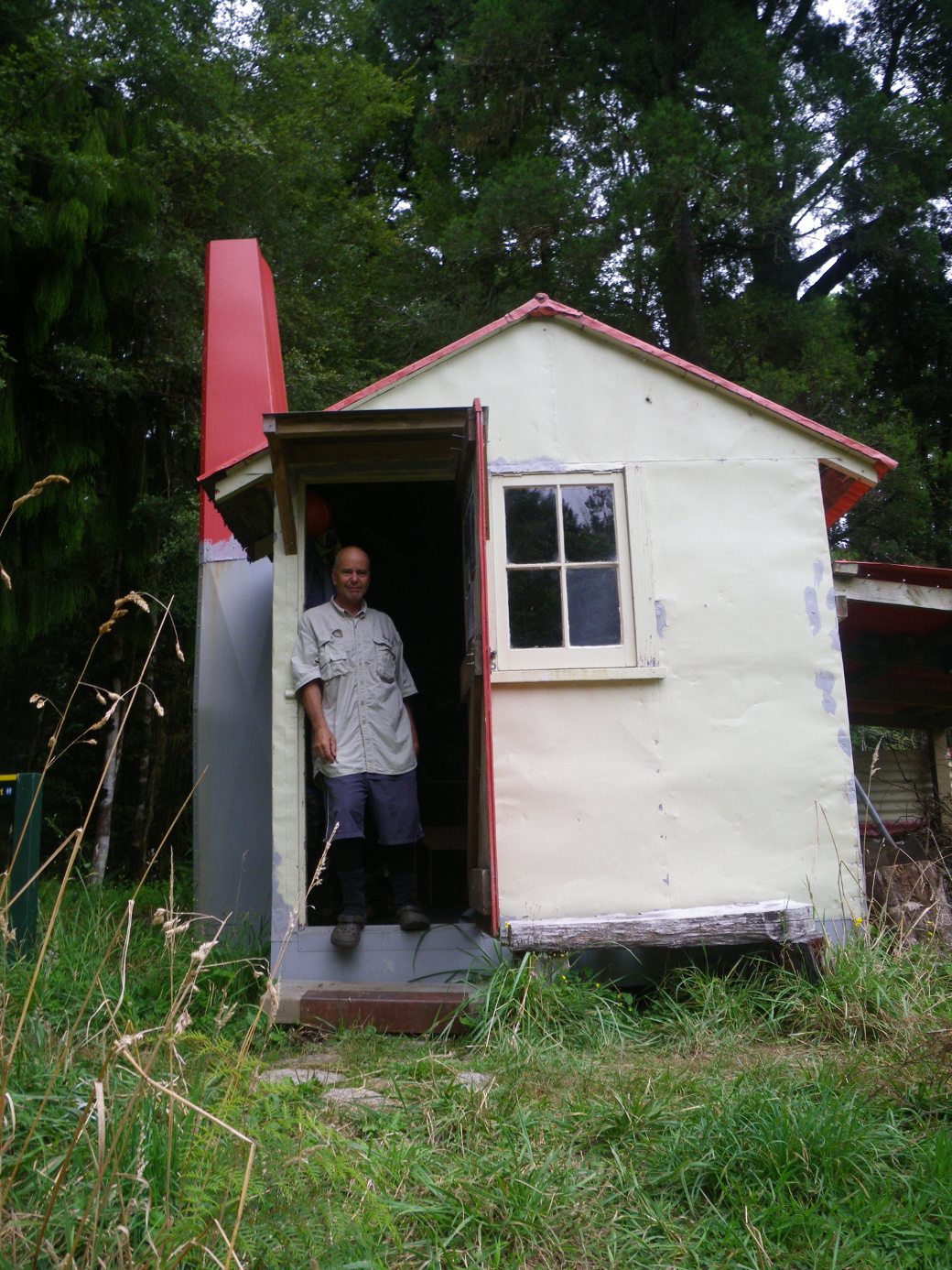 There are a couple of kilometres of cycleway either side of Stern Valley hut, but it wasn’t long before we were back on a tramping-only route leading straight through the bush.


We got started pretty early in the morning, assisted by the sound of the generator firing up to run the trail builders’ toaster. We arrived at Goat Creek hut in time for lunch, and with time to collect dry firewood before the rain started. Goat Creek is an old-style DOC hut with four bunks and an open fireplace. It was one of the first huts in NZ to have the materials delivered by light plane back in the 1950s, but it was damaged while landing and ended up smaller than originally planned.

Nearby was an even smaller hut that had been dropped in by helicopter, which had a double bed and a single bunk above it. As there were only the four of us staying, John and Jocelyn chose the double bed leaving us with single bunks and the fire.

It was very pleasant having a lazy afternoon playing cards in front of a warm, if somewhat smoky fire while the rain pelted down outside.