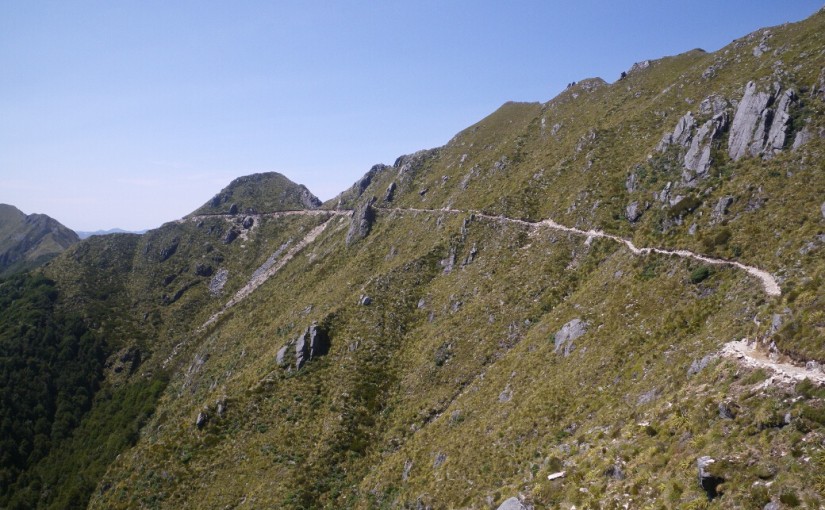 As we were making breakfast in the Lyell Saddle Hut, we watched six kaka flying over the valley below us.


The sleep-out behind the photo of Jocelyn and I preparing to leave in the morning is the same design as the one we slept in, which is behind it in the trees. The weka came to see if my water bottle was worth dragging into the bushes before I could put my pack on.

We continued walking through the forest for another kilometre or so, until we reached the tree-line and came out onto the tops. In the distance, we could see the Main Divide covered in snow from the precipitation of Friday night – no wonder it was cold.

We hijacked some construction materials to make a seat to eat our lunch on, which was one of the last places where we could get cellphone reception on the trail.

In the early afternoon we met a couple of workers making the new bike trail. They were using explosives to blast a trail across the rocky hillside.

Ghost Lake Hut is in a spectacular spot on the top of a craggy cliff, over-looking the lake below. We were rather disappointed to find a sign telling us that the environment around the alpine lake was very fragile, and so we weren’t allowed to swim in it. We settled for a quick dunk in a pool beside the board-walk to wash away the sweat of the day.