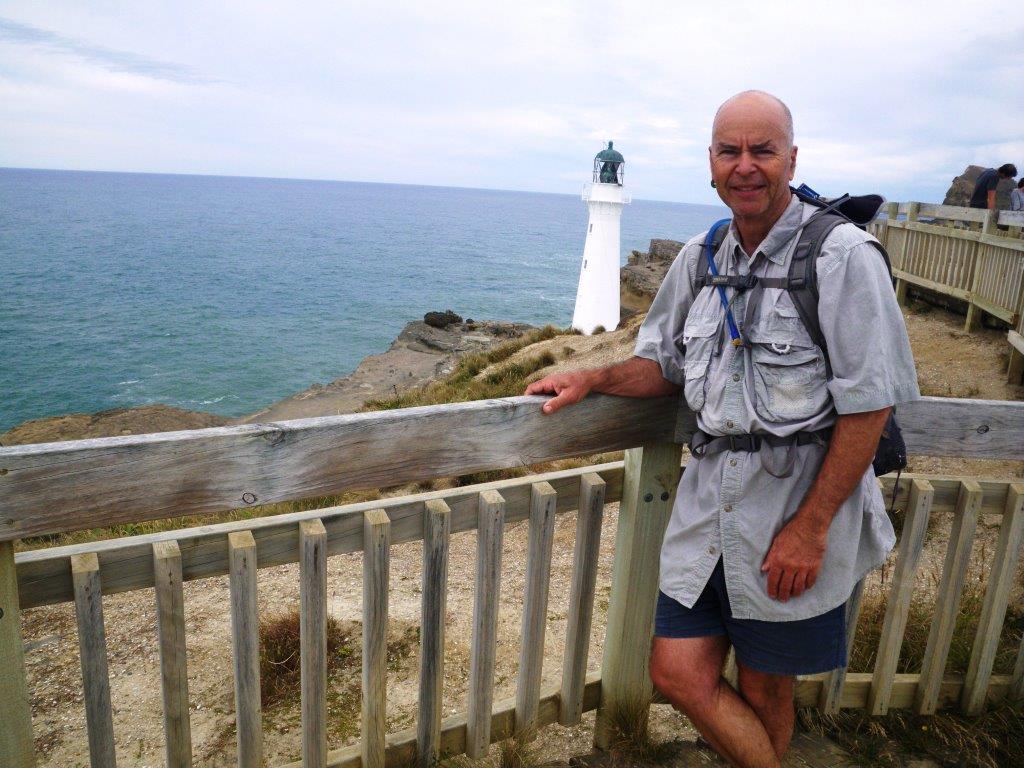 It has been a while since we woke up to the sound of traffic, but surfers and fishermen get started early, and the beach below the DOC carpark at Castle Point is used by both.


We pulled on our boots straight after breakfast and headed into the pines at the back of the reserve. It wasn’t long before the track climbed up onto a ridge and we could see down the coast to the south. It didn’t look that different to what we have been travelling through in recent days: windswept stretches of sand and bare, brown hills dotted with sheep.

A small side trail led up to the top of Castle Rock, past a sign warning us to keep back from the edge of the cliff. We were happy to obey as it was obvious that any slip into the ocean far below would be fatal.

At the bottom of the path is Deliverance Cove, where the explorer Colenso found shelter from a storm. Their ship had been trying to enter Cook Strait but kept getting beaten back. This cove must be the only spot between Wellington and Napier where a ship can get out of the wind.

As the tide was almost out, we walked across a broad stretch of sand where hoons had been doing wheelies in their cars when we were on top of the rock. At the northern side is another smaller rock with a lighthouse.

We climbed up the stairs to learn that this was the last manned lighthouse in NZ, but that now, like all the others, it is controlled by a computer in Wellington. We could see that the rock is made entirely from compressed shells, many of which looked like ordinary scallops, oysters and limpets despite being fossilised.

There is a sea cave on the ocean side of the rock, and we climbed down a set of rough steps to see if we could look inside. This might have been possible if we had been stupid enough to crawl right to the edge of the cliff, but we made do with watching clouds of spray shooting up out of a crack when a big wave washed in.

We made it back to the top of the steps OK, but just as we were stepping onto the flat ground at the top Felicity relaxed her attention and caught the toe of her boot on a rock. When she put her hand down suddenly to save herself she got a couple of small cuts from the sharp rock.

On our way back to the van we stopped to inspect some unusual boat trailers. These must belong to commercial fishermen, and are designed to launch and retrieve quite large boats. One of them looked like it had some kind of hydraulic drive on each wheel, and another had chains coming down from the motor fixed up high out of the way of the sea.

We thought about another swim, but the sun has not managed to burn of the cloud today. During the night there was even a shower of rain, the first we have seen on this trip. Instead, we headed into Masterton to hit the supermarket and gas station at the start of our trip back north.