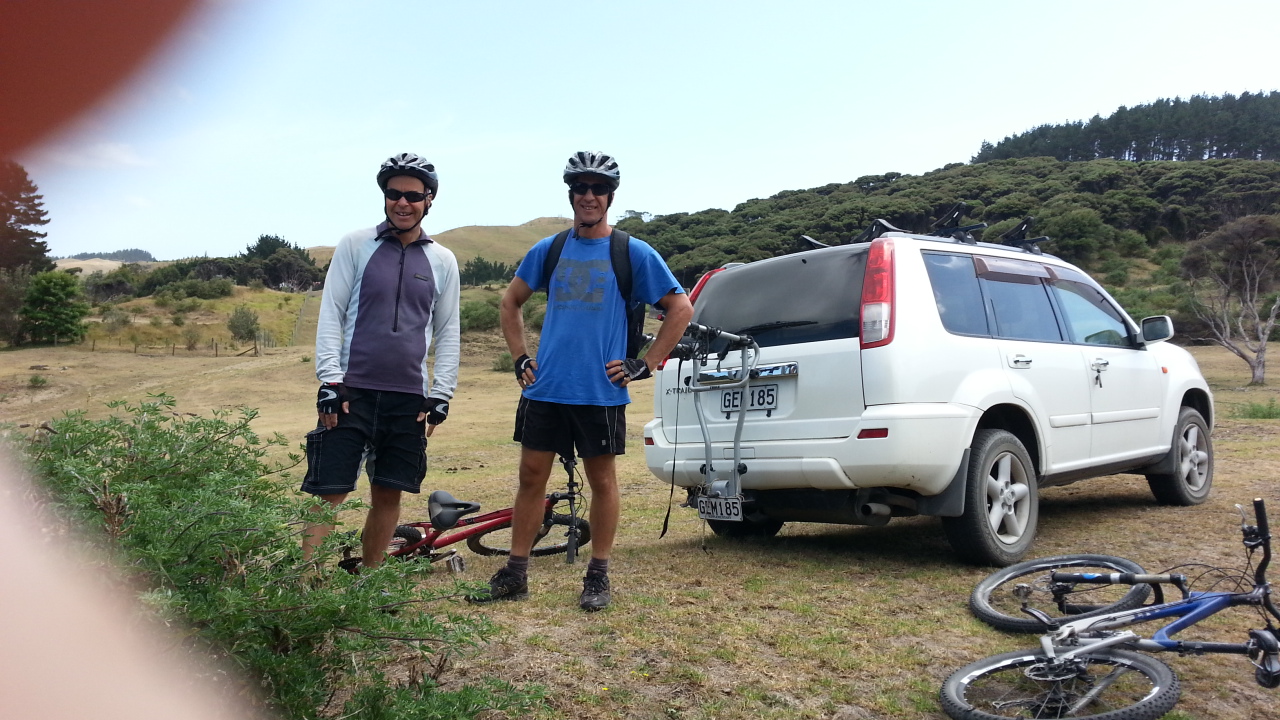 I spent today exploring the sand-hills on the western side of the Kaipara Harbour, almost out at South Head. My son James has a friend living on a 200 acre deer farm, and it looked like a good place to ride a mountain-bike.


We arrived to find the farmer cleaning a long length of wood that had once been the side of a boat, or maybe even a waka. It had been dragged out if a sand dune down at the beach, and took six of us to lift into a tree to keep it off the ground. I couldn’t help wondering if it was perhaps Portuguese, after recently reading a history book suggesting they might have visited Aotearoa even before the Dutch.

We found that we had to push the bikes most of the way up the 4WD road, because the dry sand was too difficult to ride on. The short grass at the top was quite good though, and since it is growing (though not much at the moment) on dunes there were many slopes and hills to zoom up and down at high speed. We worked our way as high as we could, until we could see over to the harbour on the eastern side.

We disturbed lots of wild deer. I was mostly riding a few metres behind James, and several times he startled a fawn in the bush and it ran right between us in panic. When we stopped for a rest I took a photo of a doe and fawn watching us from the opposite hillside. The farmers in this area leave paddocks open to the Woodhill forest next door, so that the wild fallow deer wander in to feed. When a big mob are in there, the gate slams shut behind them.

We came to one gate that was tied to a fence with both blue twine and No. 8 wire. It was rather hard to undo, so I got the brilliant idea of lifting the gate off its hinges instead. This was extremely easy, but once we had walked through with our bikes we discovered that it was pretty much impossible to replace. We ended up having to untie all the fence anyway, so that we could manoeuvre the gate back into the correct position.

It took about three hours of riding to circumnavigate the farm and find our way back to my vehicle. It was rather hot riding out in the sun in the middle of the day, but a good adventure nonetheless.