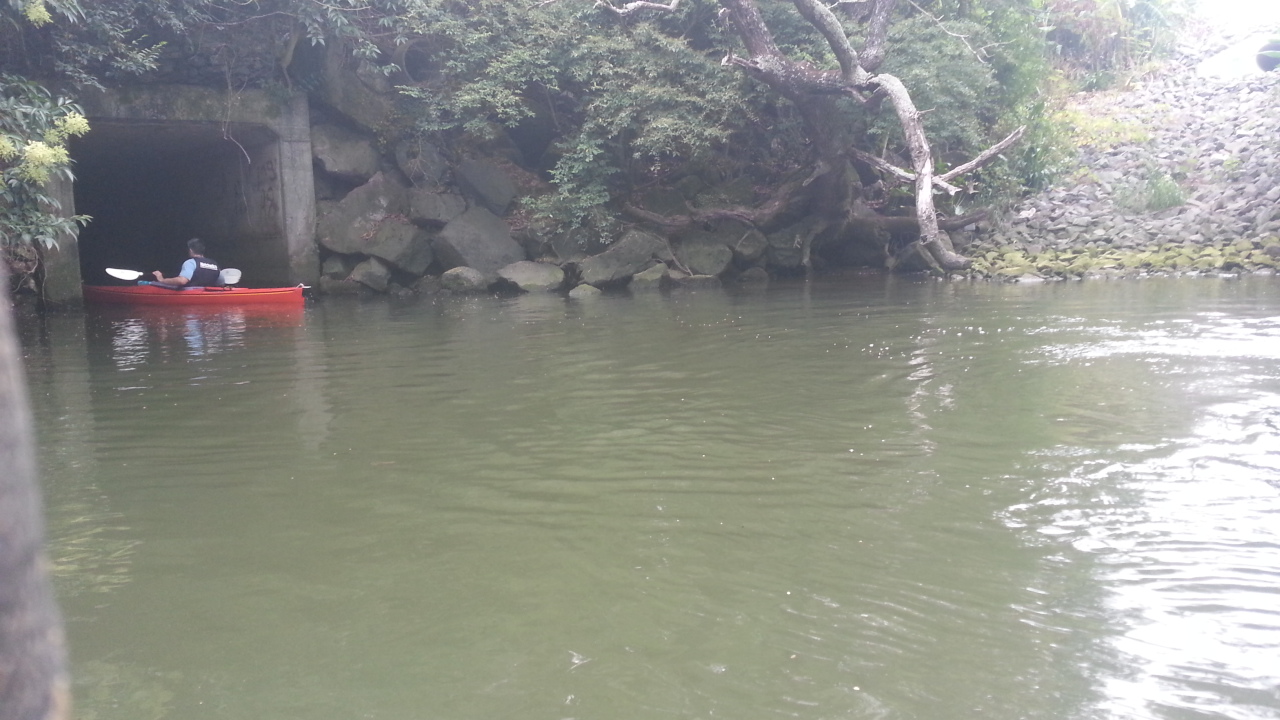 One of Felicity’s university colleagues has recently got keen on kayaking, so we arranged to meet this afternoon for an exploration of the inner Waitemata Harbour.


We launched at the Eric Armishaw reserve at the base of Pt Chevalier and travelled west, with the intention of circumnavigating Pollen Island. It took us a while to find the channel, which is right beside where they are widening the North Western Motorway. The mangroves got closer and closer together, until we made the discovery that it isn’t possible to get more than half way up the western side, even though the map shows plenty of sea. Should have looked at the satellite photo before we started!

We headed back east, and paddled under the motorway bridge and into Oakley Creek. Since our last visit there has been considerable progress on the construction of the new intersection at the end of the Waterview Tunnel. We thought our journey was going to be cut short by a large tree across the creek, but a bit of brute force and some broken branches allowed us to get underneath. I suspect the tree has been deliberately felled to keep kayakers away from where they are building flyovers, but there was no work happening and we were not in any danger of falling objects.

By the time we reached the tunnel under Great North Rd, the tide had turned, so we were not able to get up into the bush below Unitec. I spotted a healthy looking eel in the creek so the water is presumably not too polluted. The last photo is Jim backing out of the tunnel because there was no way of turning around.

We were on the water for about two and a half hours, so it was a bit of a relief to arrive back at the beach and stretch our legs.