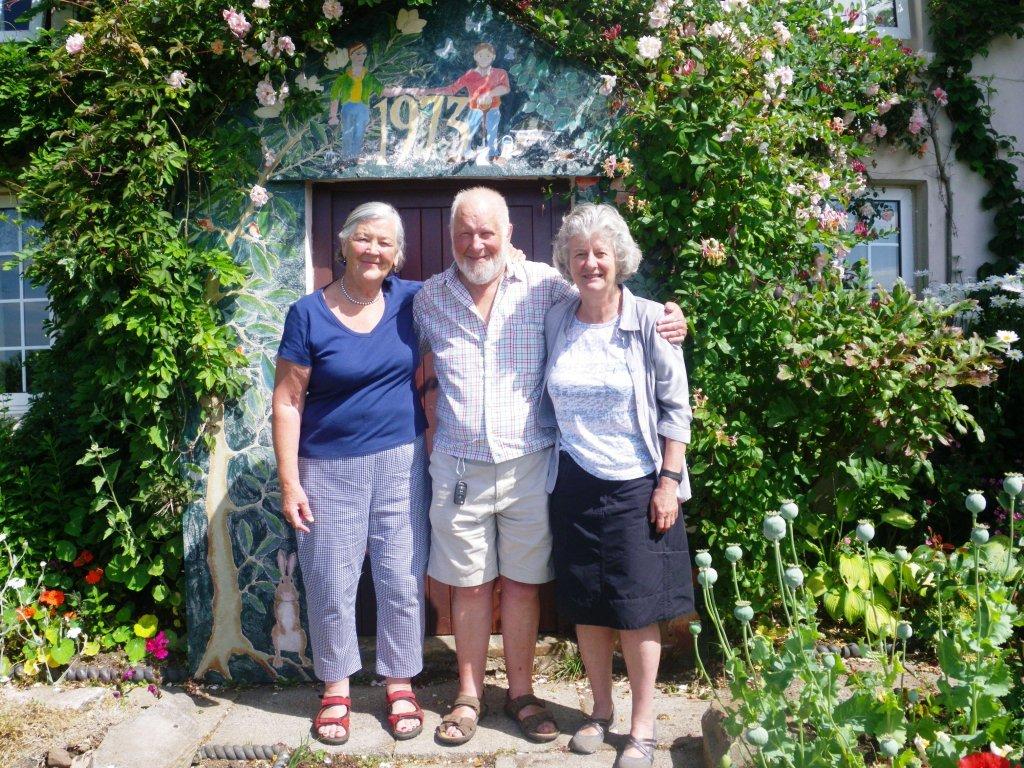 We’ve just returned from a couple of days in Wales, where we stayed with retired British GP Julian Tudor Hart.


Julian is best known for proposing the Inverse Care Law, which states:

“The availability of good medical care tends to vary inversely with the need for it in the population served. This … operates more completely where medical care is most exposed to market forces, and less so where such exposure is reduced.”

Felicity worked as a locum in a neighbouring practice back in 1979, and Julian was one of the people who inspired her to get involved in medical research.

I was expecting Wales to be grey and dreary, but as the heat wave is still waving, it actually felt and looked more like the Mediterranean. Their home overlooks Oxwich Bay on the Bristol Channel, and after the three hour train trip from Paddington we were keen to walk down to the beach for a swim. We got slightly lost on the maze of public pathways, which was fine until we had to walk a kilometre or so back along a narrow road with stone walls on either side. There is just enough room for two smallish vehicles and a pedestrian as long as you suck your stomach in and press close against the wall. I was very glad we didn’t meet a bus or truck!

The property borders National Trust administered common land, with herds of wild horses which were not the least bit nervous of us walking close by their foals. The horses and sheep are considered wild if they destroy your garden, but turn out to belong to someone if you try and take them. People who own land adjoining the commons have the right to graze animals according to the area they own, measured in “legs”. Unfortunately Julian and Mary’s property is only big enough for a single legged animal.

In the evening Julian’s wife Mary cooked a magnificent meal for us and their good friends John and Felicity, who are very Welsh, and who visit NZ regularly to see their grandchildren in Christchurch. We were taken on a pre-dinner tour of their garden, and I learned about the disadvantage of living in a place with moles. They tunnel just under the surface looking for worms, leaving piles of excavated topsoil behind them which means the ground never stays flat.

Early this morning the two of us walked to the top of the ‘mountain’ behind their house, which is only about 200m above sea level. The yellow gorse, purple heather and white daisies made a colourful environment to walk through.

After breakfast they drove us to Worms Head, which overlooks Rhossili Bay, and out towards Ireland on the horizon. The coast is very attractive, but quite unlike New Zealand, despite the high rainfall.