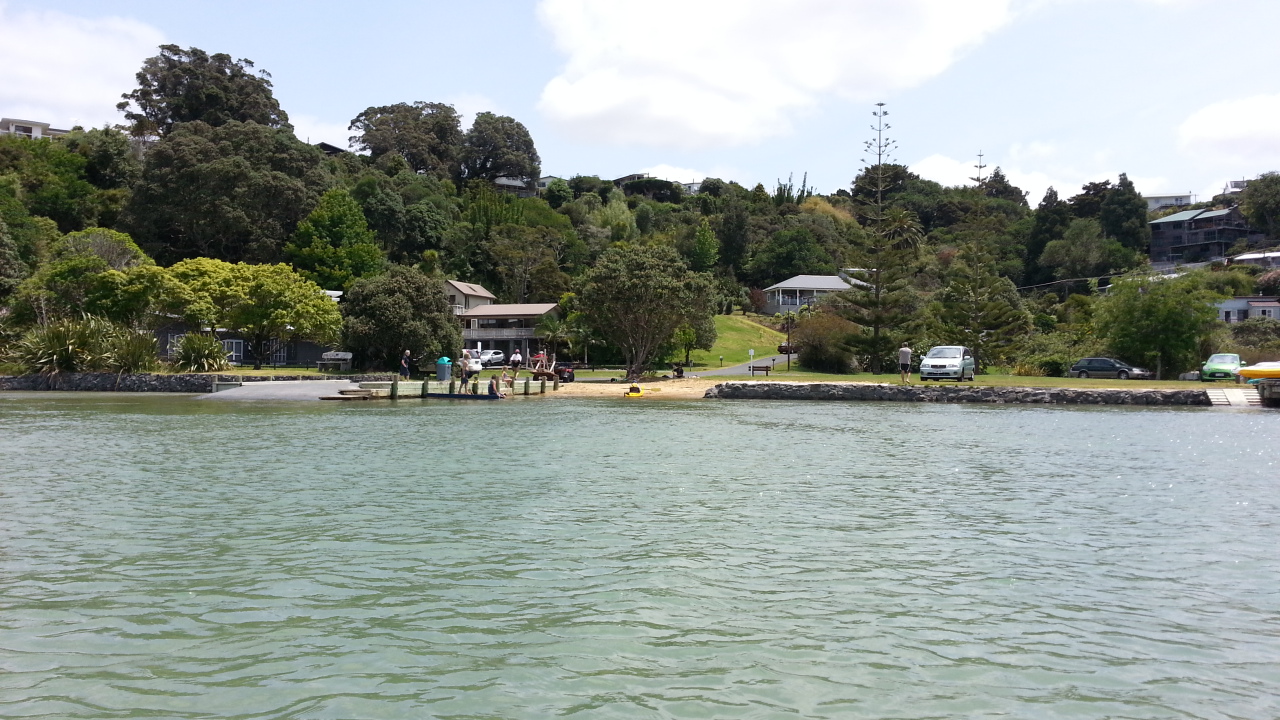 Our plan today was to kayak up the Matakana river. We left home soon after 10 AM, with a plan to stop by the farmer’s market to pick up some goodies for lunch, then launch around midday.

I had forgotten that Saturday morning is rush hour in Matakana, so we spent an extra half hour in very slow traffic before parking in a paddock on the way into town.

We had a quick scout around, but ended up, as usual buying one of everything from the Italian woman right at the back. All of her offerings are delicacies I have seen nowhere else. She tells us they need to be heated up, but we know they’ll be pretty darn good cold so we ignore her advice,  as usual. We couldn’t pass up the opportunity to buy some fresh buffalo mozzarella so we stopped there and tasted their blue cheese and bought some of that as well. Fortunately I had anticipated just such a purchase,  so a chilly-bin with cold pads was waiting in the car.

We found the roads we had sussed out on the map, and soon found ourselves at a pleasant little park with a boat ramp, just across from Sandspit. On the way in, I had noticed two river channels with a long peninsulas to in between them. The end of the peninsula is Tongue Point. I also remembered seeing on a map that there are two longish rivers running inland from Sandspit, and that we wanted the northern channel if we intended to reach Matakana township.  Little did I realise, the southern channel was to the south of the ramp where we launched, so we paddled straight across the river and headed up the wrong side of the peninsula.

I soon realised that we were not in the main channel but we continued on until the mangroves became too thick. We still thought the correct passage was to our north, so we paddled back and found another channel which seemed to head in the right direction. This soon petered out too, so we backtracked to a small ramp where we could get out and enjoy our lunch. The people whose front lawn we were on even provided us with a picnic table to eat at in comfort.

As we were leaving after lunch, I managed to tip out of my kayak into the water. Felicity had shot off, and I had only just pushed away from the bank, when the tail hit a mangrove and we started to turn. For what seemed like more than a minute it balanced just a degree or so before the roll point. I felt just like the cartoon coyote must when he has run over the edge of a cliff, and his feet are running furiously but uselessly in mid-air.

I finally gave a big jerk to try and recover, but that was just enough to upset things and into the water I went.

I popped the spray skirt off and turned myself the right way up. It was less than a metre deep, so there was no problem standing up. It sure was a good test of the waterproof pouch around my neck that this phone was in!

Eventually I got most of the water out of the boat, and set off again. By this time Felicity had paddled back to see if I was OK.

The next 40 mins was a hard slog directly into the wind. We were both glad to pull up back at the boat ramp.