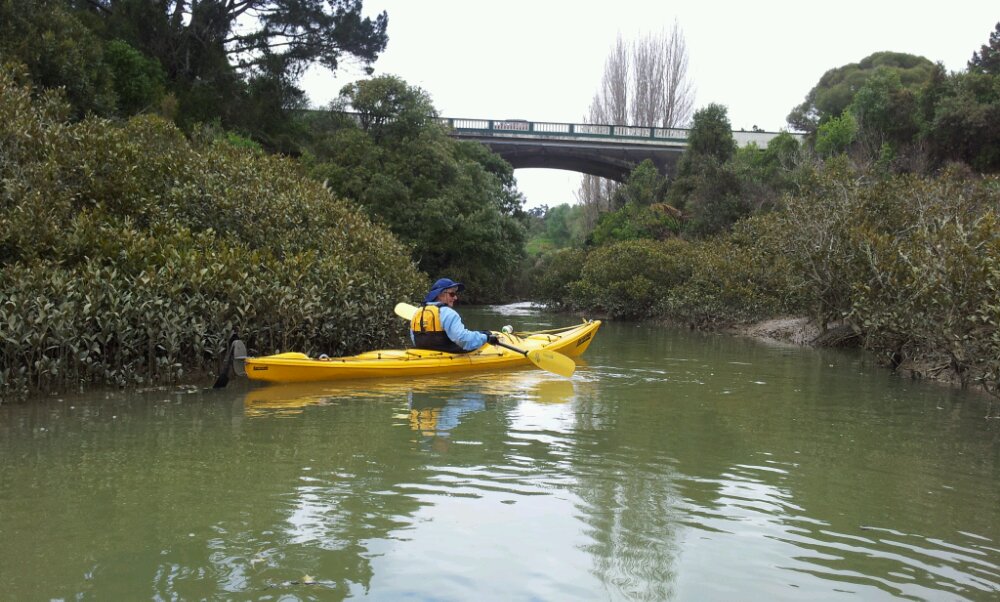 We launched our kayaks at Cockle Bay this morning, and since there was still 3 hours till high tide we cruised up the coast to Howick beach before turning back and heading up river.

The kowhais are past their best now, but the native bush running down to the coast was still nice to see as we glided past. I particularly enjoyed a big grove of tarairis.

By the time we passed under the bridge and headed into the bush, the water was getting nice and deep. Eventually though, we arrived at a fallen tree across the creek and that was as far as we could get.

We ate lunch beside a big patch of kahikatea, unfortunately in the shade so it was a bit on the cool side. At least a hundred tui serenaded us as we ate.

By the time we arrived back at the car we had been paddling for nearly four hours.