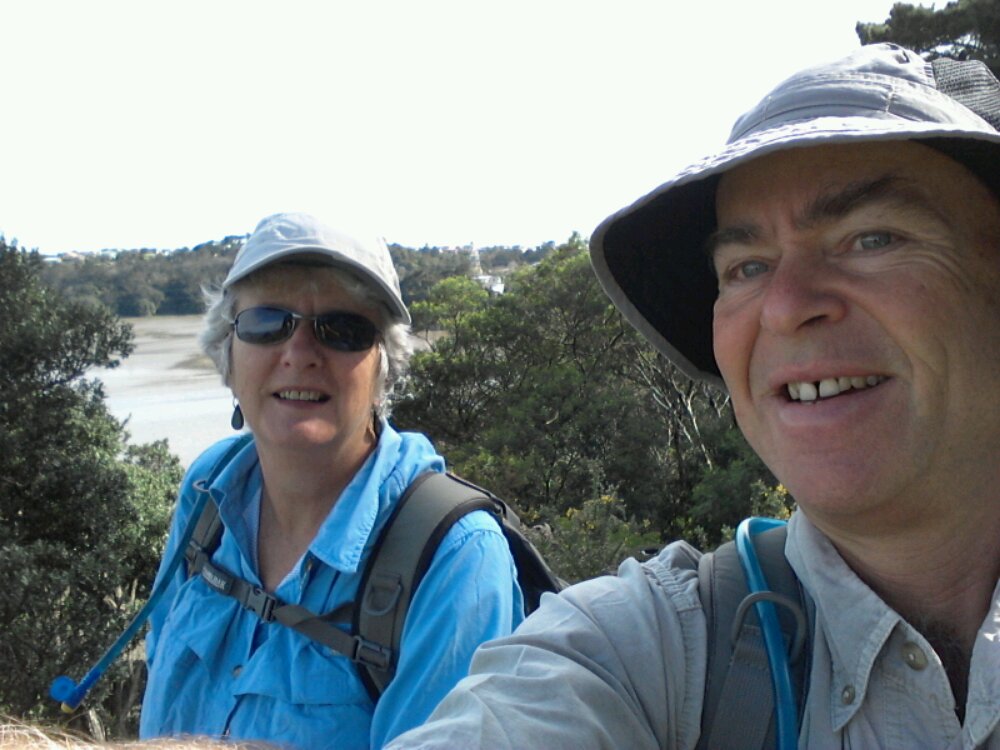 Seeing as how yesterday’s adventure mostly involved sitting on our bums, Felicity suggested we pack lunch and go for a walk somewhere. In contrast to yesterday, our fridge this morning had rich pickings in the form of leftover roast lamb, so this sounded like a fine idea to me.

We decided to head west on the upper harbour motorway and explore the Manukau coast around Blockhouse Bay. Looking at our map, we could see a coastal walkway running east from Lynfield Cove, so we parked at the end of Gilletta Rd and set off.

The photo with Felicity in the distance is looking out towards Whatipu and the Manukau heads. The one of both of us shows where the walkway started in the distance.

We walked all the way down to Wattle Bay, then all the way back up the hill to Cape Horn, before descending once more to Waikowhai Bay. The bush is mainly exotic, mostly pine, but there are many pleasant views.

By this time we were starving, so even though the only sunny rock was in the direct view of about eight cars all with people inside, we sat down to eat. One couple then got out of their car with their chips and sat on a bench, no doubt inspired by our example.

Looking to see what was around the point lead to a stroll along Wesley Bay and yet more coastal walkway. Realising that our car was now quite far away, we decided to head back via Hillsborough Rd. Luckily Felicity insisted on consulting Google Maps at the Lynfield shops, which avoided what could have been a lengthy detour.

One thought on “Lynfield Cove to Wesley Bay”