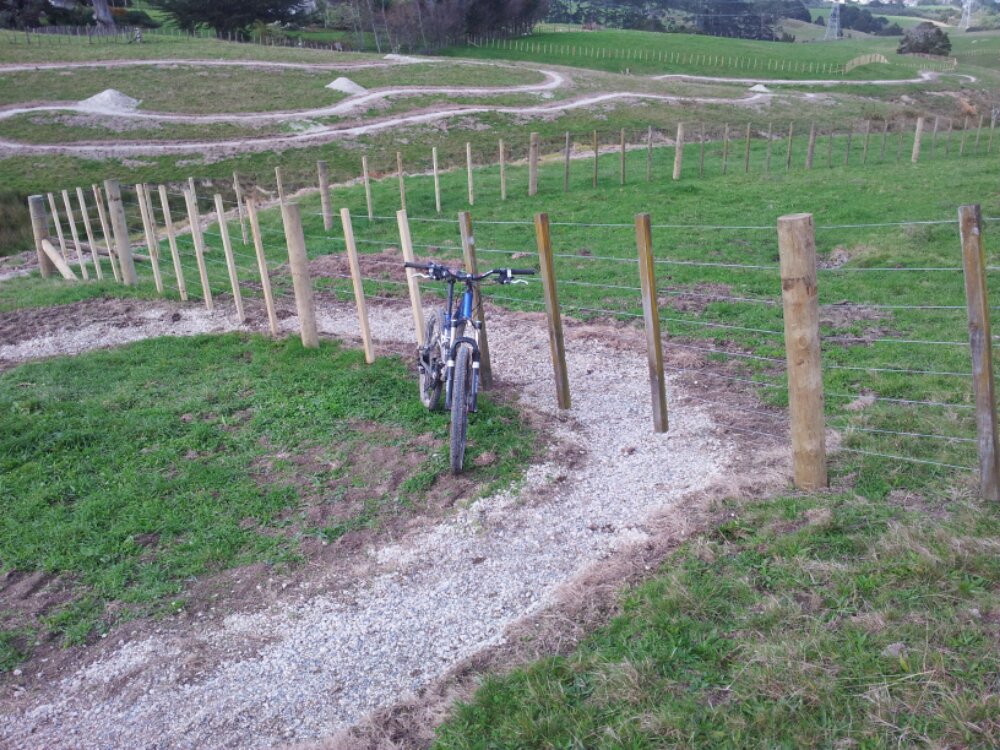 My sister Annie was heading back to Tasmania this morning, so I loaded my bike on the back of the car before taking her to the airport. I had originally thought of riding from Ambury Park, but found myself heading south to Manurewa to check out the new  trails I have read about.


I parked near the pool  at Totara Park, and began riding up the road towards the start of the trail. I soon caught up with a group of high-school kids with an instructor, and zoomed past all of the stragglers with ease.

As the trail entered the bush, I came upon some of the keener boys. There was a steep drop, and the instructor told them to get of the track and watch how I did it. Of course I went down at full tilt, whipped around the corner and over the bridge, then on around the bend up the other side. Where I nearly crashed into Alpha Female, struggling to stay ahead of her male classmates. She got out of my way, but glared at me as I rode past up the hill.

Just before the hub I turned off onto the advanced track, which involved quite a but more mud than the easy trails, and a couple of very narrow bridges which I decided to walk across. There was even a stream crossing, but the approach was slippery and I was on my own, so I passed on that too.

Eventually I arrived at the “Hub”, where Alpha Female shrieks to her friends: “Hey we beat him”, then, seeing the mud on my legs “Ha, and he fell off too!”

I headed up the hill as fast as I could go; leaving them behind for good. I found the new section of track; it has some very tight corners, and one very challenging section that I think I’ll need to watch someone else ride to see how it’s done.