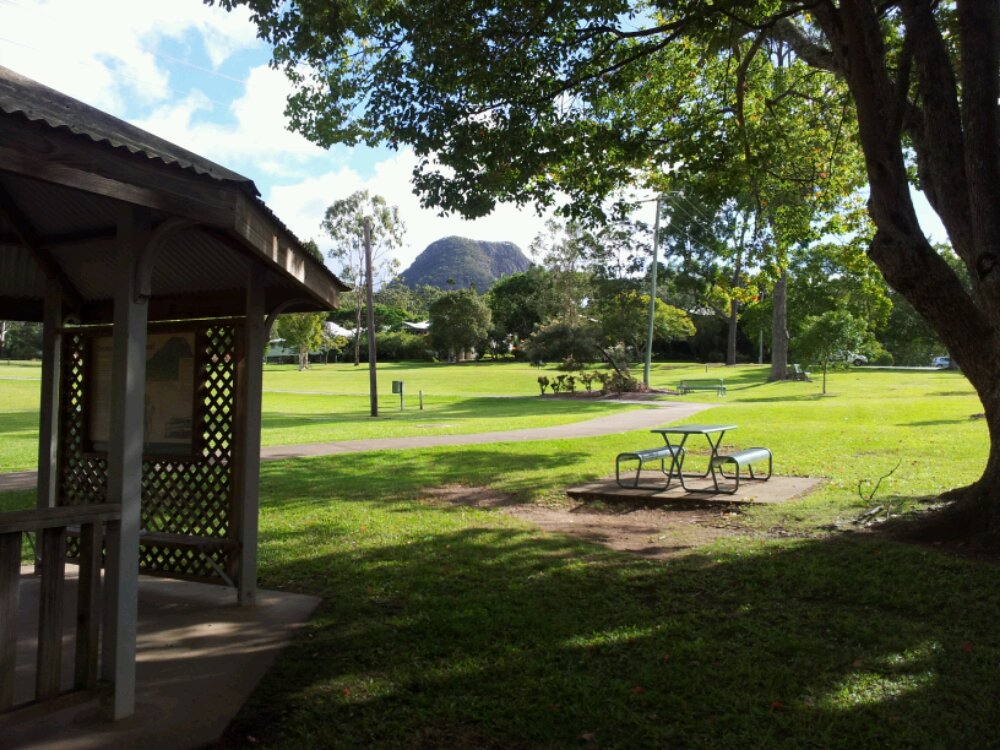 Today’s adventure started with a drive to the top of Black Mountain, which was pretty much a waste of time unless you are extremely interested in telecommunication towers. We then made a detour to the end of Black Mountain Rd before realising that we should have been on Black Mountain Ridge Rd, which heads in the opposite direction.


The settlement of Cudgerie turned out to be an upmarket subdivision with flash houses on lifestyle blocks. We followed a 5.5km trail around the area, often only a few metres from the road, so it didn’t feel at all like wilderness. Towards the end the trail actually went along the road, but we were rewarded with the discovery of a family of Kangaroos lying under a small clump of trees on someone’s lawn.

A short drive bought us to the town of Pomona, where we could see Mt Cooroora rising up behind the shops. They hold a “King of the mountain” race to the top every year, and the winners complete the journey in under 30min. Even though we drove a kilometre to the star of the trail, it took us almost two hours to climb up the steep rocky slopes, clutching on to chains fixed to metal poles.

As we were eating our lunch, we watched a black cloud dumping heaps of rain moving closer and closer, but just after we unpacked our raincoats and put them on it veered away to the west and we only got a sprinkle.

Now we are back in Noosaville, and Felicity is preparing a big dinner for Tomas, Courtenay, their mothers and stepfathers.