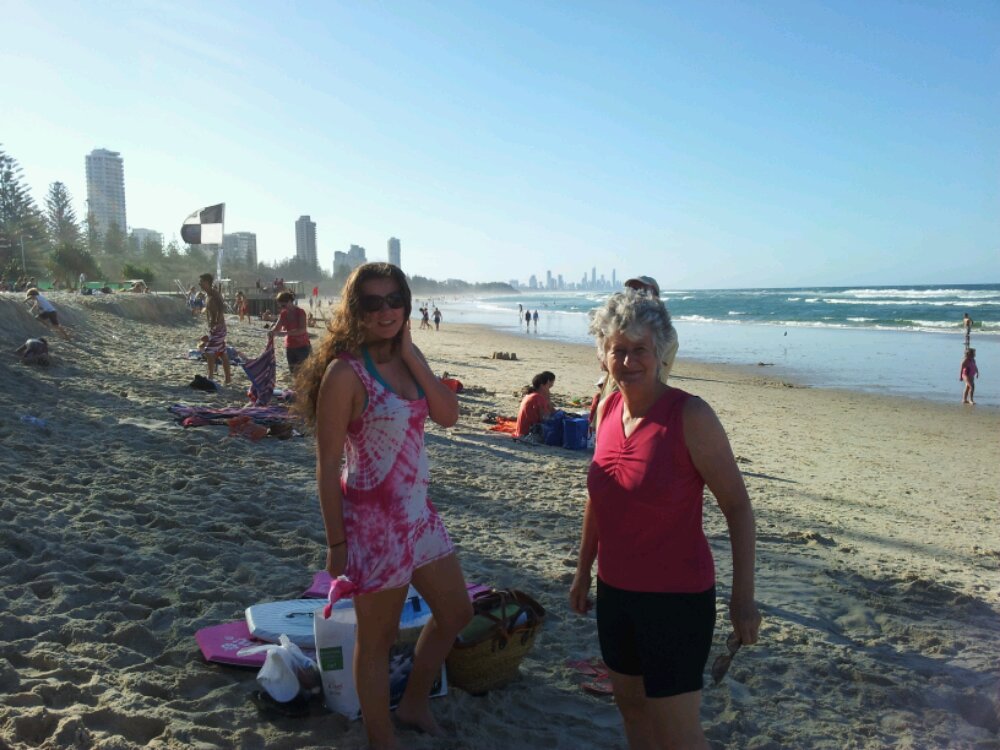 By popular demand, it was decided that today would be a good idea to go to the beach. By the time we arrived at about 10am, the swimming areas were packed.

Being just across the Tasman from Piha, the surf is pretty big most of the time, so only the foolhardy swim outside the flags. I took out a boogie board and once I managed to get out through the surf, caught some great waves. On one ride, I hit a small wave coming back off the beach and briefly launched into the air! Eventually I realised that I was the only one left in the water, so I reluctantly headed back to the beach.

By now the temperature was 35 degrees, so we drove back home for lunch and a rest. I settled down to read a book while Felicity went shopping with Stefan, but when she arrived back I was still on page one, so I guess I must have dozed off. Body surfing is hard work; I was more tired today than I was after our hikes the previous days.

About 3pm we returned to the beach and raced back into the surf. By now the tide was out, and the waves were not as strong, so the rides were short and not as thrilling as in the morning.

By the time we got out, the temperature had dropped under 30 degrees, and the girls were complaining that they were cold. It didn’t put them off eating an icecream though I noticed.

There are a wide range of bikes available for hire,  some rather wierd and wonderful. There are lots of paths to ride on, but the density of pedestrian traffic made it look rather hazardous to me. I was also surprised that very few people seem to wear helmets.

Felicity is busy re-writing a paper with Mieke in every spare moment, but she is planning a Thai curry for dinner. Tomorrow we head north to Noosa.