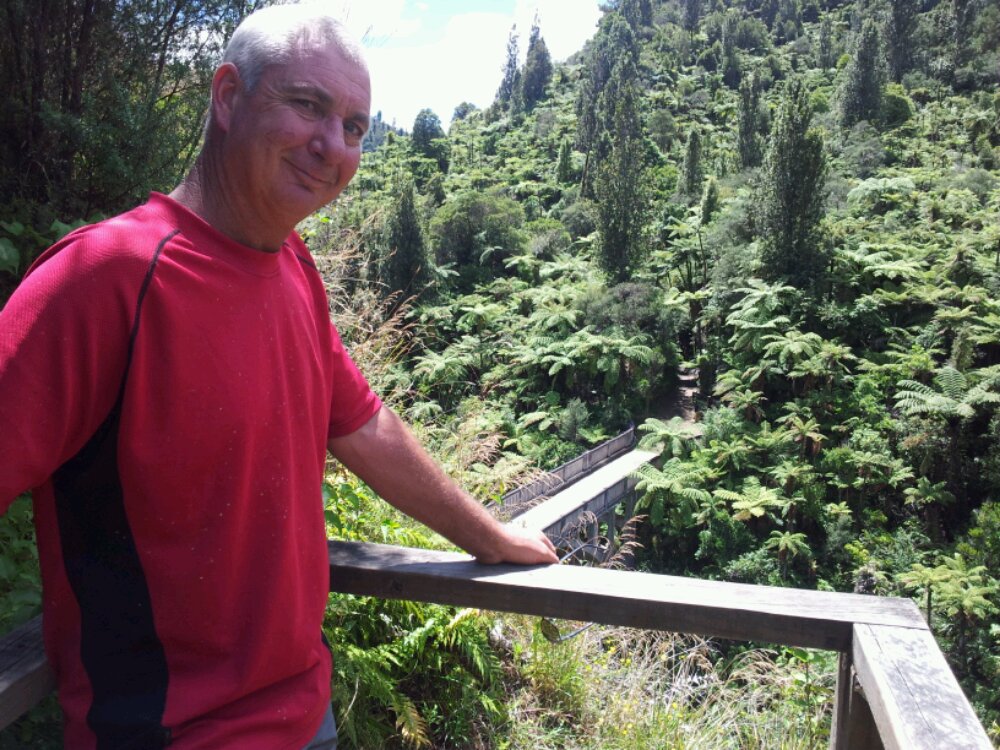 I’m sitting in the bush at the lookout over the Bridge to Nowhere, on the Whanganui River.

Kerry and I have just biked 33km from the start of the trail where the shuttle from Raetihi dropped us this morning.

Now I am 3km further down the track at the Mangapurua Landing, because Kerry got bored. A jet boat is going to take us back to civilisation in an hour or so.

The track was easy and scenic. The first 10km had quite a bit of uphill on a metal 4WD, but after that it was mostly down, down, down. Some parts were a bit slippery after last night’s rain, but the mud just added to the fun.

Some of the huge bluffs and slips had signs telling cyclists to dismount, and some were so scary that we actually did.

All along the way, wooden signs had the names of families who tried to settle this remote area.

The jet-boat ride down to Pipiriki was an unexpected bonus. I had forgotten what a spectacular river the Whanganui is.

One thought on “Mangapurua Trail to Bridge to Nowhere”